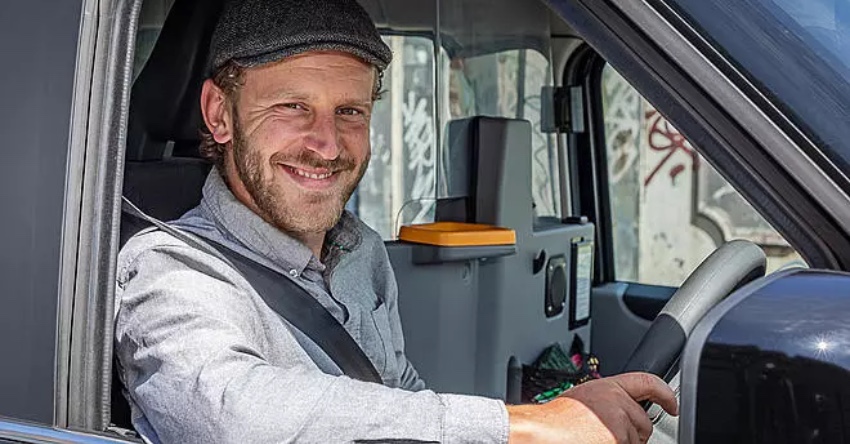 Research released by ride-hailing app FREE NOW shows that 20% of Brits are finding solace and support whilst they travel from A to B, sharing their woes with their taxi driver.

LeedsLive reports that 48% of Brits surveyed say they didn’t have mental health issues before the first lockdown, but now admit to struggling with it for the first time in their life, however 52% would still hold back from disclosing their problems to a close friend or family member.

Yet 65% find that everyday exchanges with strangers lighten their mood; showing the vital role that key workers such as taxi drivers, who often have no professional mental health background, can play in supporting the nation’s wellbeing.

Interestingly, nearly 15% of people have even stayed in touch with their taxi driver after their journey – rising to 35% of those aged 18-24 – suggesting that Gen Z in particular find value in these fleeting conversations.

But while many passengers find it easy to offload, FREE NOW’s data paints a different picture when it comes to the drivers themselves. Although 75% of its taxi drivers have found their mental health has deteriorated in the past year, 32% find themselves bottling up their emotions during their journeys, often resulting in a one-way interaction. Moreover, 48% don’t know where to turn to for support.

To help encourage more meaningful, two-way conversations that benefit both passenger and driver, FREE NOW has partnered with suicide prevention charity, Campaign Against Living Miserably (CALM) and Chartered Psychologist Dr Audrey Tang to create a handy ‘cab conversations’ guide, which can help transform the conversation in classic taxi chats from small talk to real talk - helping to open up deeper communication channels that can benefit both parties.

For example, instead of either driver or passenger asking: "Lovely weather we’re having, isn’t it?", switching to: "Has anything interesting happened to you today?" provides a platform to build a greater affinity. As does switching: "Do you enjoy what you do?" instead of: "What do you do?" - providing a chance to elevate mundane conversations into something more meaningful during a time when face-to-face interactions are extremely limited.

Dr Audrey Tang comments: “This research reveals how taxi drivers are our communities’ unsung therapists but an issue it raises is the importance of mental health of both driver as well as passenger. In these “new normal” times where we’re highly connected digitally but are more disconnected in real life, social isolation and its impact on mental health has become a growing pandemic. Conversation is one of the easiest ways to connect with others, reducing your sense of isolation. That’s why the few face-to-face interactions we get to have are even more precious as when they are positive and meaningful they truly have the capacity to improve our wellbeing and outlook on life. The most effective technique to aid this is by asking open questions that encourage more than a single world or sentence in response as they require more thought.”

The research also reveals the most common topics Brits discuss with their drivers, including family issues (13%), problems at work (10%) and even the uncertainty of the future (10%).

Londoners, challenging the stereotype of the capital, are the most open when it comes to cab conversations, with 44% saying they have opened up to their taxi driver; conversely, those from East Anglia are the tightest-lipped, with just 10% admitting they’d done the same.

The ‘cab conversations’ guide is part of FREE NOW’s new, long-term partnership with CALM, which forms part of its commitment to prioritising the wellbeing of its drivers. A £20,000 donation to CALM will fund 2,500 calls to the helpline - each one of those calls potentially life-saving.

There’s no doubt the past 12 months have been tough for everyone, none more so than our heroic front line workers who have been vital in ensuring our essential services have been running smoothly. Hopefully this advice will go some way in making what may seem like routine chit chat in the cab that bit more meaningful.