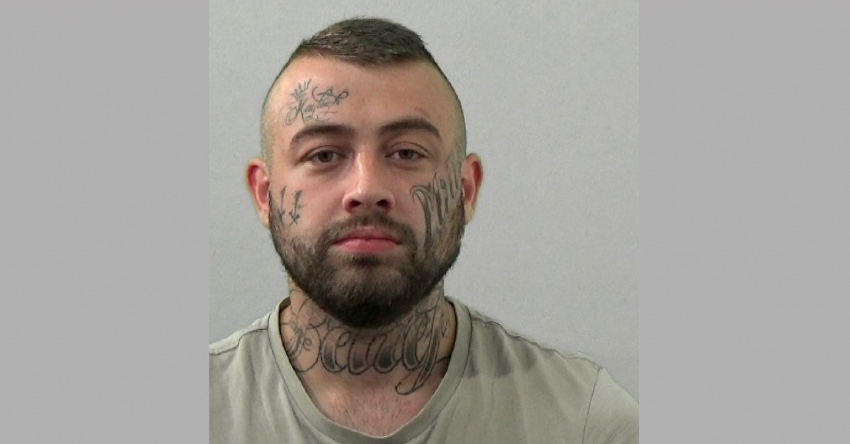 A banned drink driver crashed his car then punched and racially abused the taxi driver he'd phoned to take him away from the scene.

ChronicleLive reports that Motor menace Kristian White knew he was over-the-limit and disqualified from driving when he got behind the wheel of his Ford Fiesta with a female passenger one evening in June last year.

The 25-year-old then crashed the vehicle on Selby Gardens, in Wallsend, but rather than stay at the scene and face the consequences, he rang for a taxi, a court was told.

Prosecutor, Rebecca Slade, told Newcastle Magistrates' Court: "He got in the rear of the taxi and shouted "F****** drive, f****** drive past that car" while pointing towards his crashed car.

"The defendant then got out to fetch the female and stated they was going to Ashington. They both appeared drunk to the taxi driver."

He then repeatedly racially abused the victim while the journey continued until White decided to get out.

Miss Slade said: "The defendant punched the Perspex screen in the taxi. He opened the passenger door and tried to kick the driver but only managed to kick the centre console.

"However, he then punched him to the side of the head, which caused immediate pain but no last injury."

The police were called and White was arrested but initially denied any wrongdoing. He gave a breathalyser reading of 68 microgrammes of alcohol in 100ml of breath, when the legal limit is just 35.

White pleaded not guilty to a string of offences but later changed his plea to guilty to one count each of careless driving, racially aggravated assault, driving while disqualified, driving with excess alcohol and driving with no insurance.

Giving him a 23-week jail sentence, suspended for 18 months, District Judge Sarah Griffiths said: "If you were appearing before me today not having been sentenced to two custodial sentences which post date these offences and if you had not responded so positively while in custody for those offences, you would absolutely be going straight to prison today.

"You have a poor record for driving offences. You drove while disqualified with excess alcohol. You have no regard for the laws of the road and drove carelessly. You have got a dangerous driving on your record in the past as well. You're a danger to the public. There was an accident on this occasion, though fortunately nobody was injured or killed."

Speaking of the racist attack, the judge added: "It's a long time since I heard repeated and continued racist abuse towards a member of public. That person was carrying out his job as a taxi driver. He picked you up, despite your behaviour towards him from the outset.

"The racist abuse you used towards him was foul and you ought to be thoroughly ashamed. There's absolutely no place for it in society."

The court heard that, since the offence, White had stopped alcohol and substance misuse, was on medication for ADHD, had got a job and was back with his partner.

As well as the suspended sentence, White was ordered to do 100 hours of unpaid work and was banned from the roads for 42 months.

He must also pay £300 compensation to the cabbie.