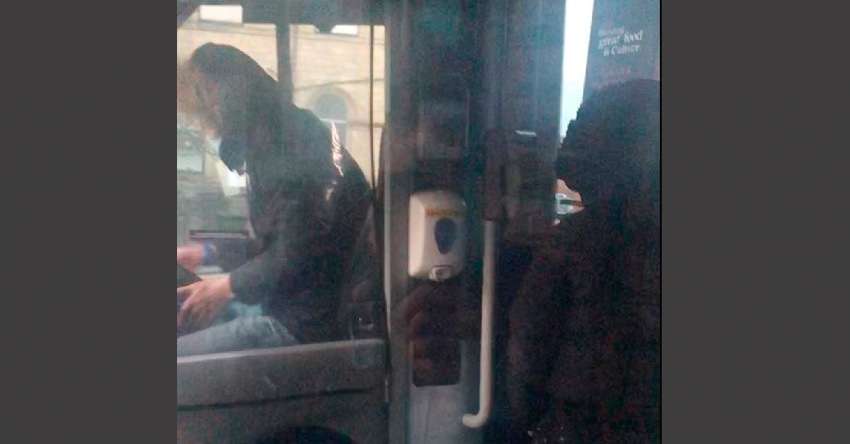 A quick-thinking PHV driver has captured on video the moment two teenagers appeared to attempt to steal a bus.

According to the Telegraph and Argus, the youngsters - whose ages looked to be between 13 and 18 according to the driver - were seen in a 662 Keighley Shuttle bus with its engine running as it was being moved backwards and forwards.

Zahir Ghafoor, of Speedline Private Hire, based in Russell Street, Keighley, said he was working nights and heard the engine of the bus at 5am.

He said the bus had been parked in the street overnight.

"I heard the engine running and the reversing beep and an automated voice because the doors were open. I thought someone must have been trying to steal it so I went out and videoed the bus as I walked up to it.

"I could see two teenagers inside. One sitting in the driver's seat. He reversed the bus a bit and then drove forward.

"I banged on the side of the bus and shouted for them to stop. I shouted: "Police; what are you doing? Get out, police," to frighten them. Then the older one who was in the driving seat got up and opened the door and then they both ran off up the street.

"I informed the bus company as soon as I could before I went to bed because I am working nights at the moment.

"It was really shocking to see two kids trying to steal a bus. I don't know what would have happened if they had managed to get it away. They may have had a terrible accident and killed someone. There are people around even at that time of day - cars on the road and people walking to work."

A spokesman for West Yorkshire Police said they had received a report of the incident and appealed for information.

They said: "Police are investigating an attempted theft which was reported at 9.52am but is believed to have happened earlier this morning, Thursday, 13 May.

"Anyone with information that may assist this investigation is asked to contact police in Bradford on 101, or by using the options on the West Yorkshire Police website. The crime reference is 13210236182.