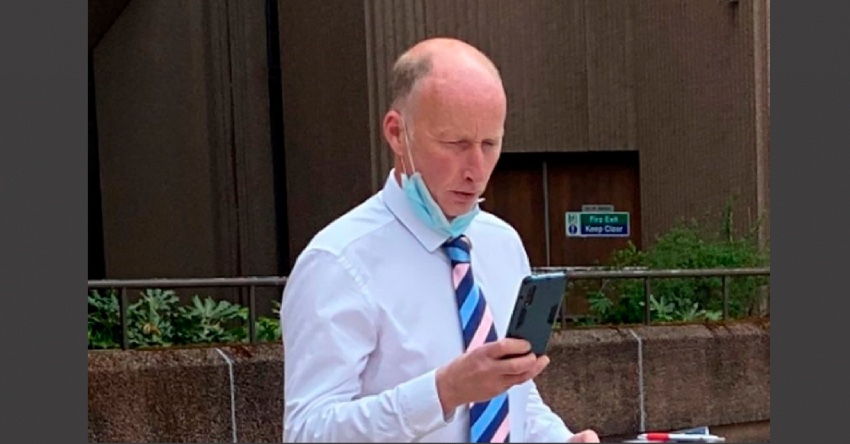 A taxi driver put a tracker on his ex partner's car a year after they split up because she had a new boyfriend.

According to the Liverpool Echo, a court heard Michael Lonsdale had "moved on" but when he learned his ex was in a new relationship he began stalking her.

Diane Caird had to install CCTV at her home after the 48-year-old kept turning up unannounced and even put a tracker on her car, leaving her "like a prisoner in her own home".

Amanda York, prosecuting at Liverpool Magistrates' Court on 13 May, said the couple had been together for 16 years before they split around one year ago "due to the behaviour of the defendant".

Ms York explained their split was "amicable" and said they shared a daughter.

She said: "Over the last couple of months the complainant began to spend time with a male."

Ms Caird told her daughter and Lonsdale about the relationship and didn't think it would be a problem as "he had moved on".

His victim said "how wrong I was" adding that "she knew she was going to have problems" after telling him.

Lonsdale called her "between 20 and 30 times", which she mostly ignored but when she answered he said "I'll see you when you get home" which led her to think he was in her house.

He also told her "I'm waiting for you" but Ms Caird clarified he was never threatening.

Ms York explained when she got home she had to wait outside for him to leave before she could go in.

She said: "Throughout the course of the evening she received calls and mostly buttoned the phone and didn't want to speak to him."

While on the phone to a friend Ms York explained Ms Caird had been "poking fun at him" and "laughing" about Lonsdale.

She said as soon as Ms Caird hung up the phone Lonsdale called her and when she answered he was swearing "how dare you, you ungrateful t***".

Ms York said: "Obviously he had been listening in to that phone call while she was sat in the chair beside the window, no doubt the defendant was listening to her conversation."

He later turned up at 2.30am and shouted through the letterbox.

Ms York explained Lonsdale had turned up on occasions with "no problems" when he looked after his daughter, but on October 19 he posted letters through her door asking her to distribute what she believed to be suicide notes among family members.

After setting up security lights and CCTV at her home she woke up on October 20 to "several alerts" from the system. The footage showed Lonsdale walking past the house before being spotted again 32 minutes later having circled the block.

Ms York said he then approached her car and "looked as if he was holding something in his hand" and was then seen "lying on the floor". She discovered he had put a tracker on the grill of her car when she went to check the next day.

Ms Caird said she is "still suffering from the effects of his behaviour" and "after what's happened I don't feel safe".

The court heard Ms Caird is "in the process of securing counselling" adding she lost two brothers who took their lives and Lonsdale's letters "stirred up emotions and memories of my brothers".

Lonsdale has no previous convictions.

Callum Ross, defending, said Lonsdale, who has been a taxi driver for 26 years, claimed he put the tracker on the car as he was worried "she was going to take his daughter away" and he "wouldn't know where they were going".