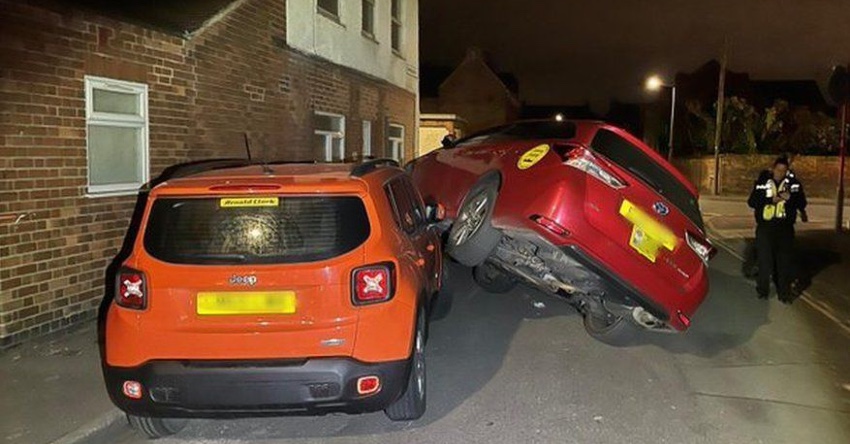 A taxi and a cat had a lucky escape after a driver swerved to avoid the animal and landed on top of a parked car, police said.

According to BBC News, Derbyshire Police were called to the scene at Shakespeare Street, Long Eaton, at about 3:55am on Monday 3 May.

On Twitter Erewash Response Unit said the taxi driver avoided hitting the cat but ended up "parking on top of a Jeep".

Nobody was injured and the drivers swapped details, the force said.