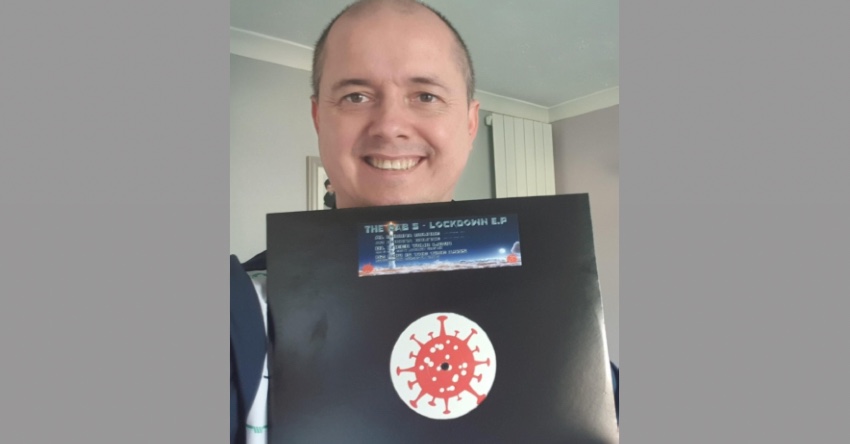 A taxi driver known locally as DJ Earth has put lockdown to good use.

The News and Star reports that Stuart Curtis has remixed a hard dance track with well-known, Scottish DJ Rab S, who co-produced popular, hardcore 90s track ‘Now is the Time’ with Scott Brown, and it has since been released on vinyl.

DJ Rab S released ‘The Lockdown EP’ with DJ Earth’s remix ‘I need your lovin’ as part of four specially selected sounds for the ‘Lockdown Virus Mix’ after spotting it on social media.

“It’s fantastic, it really really is”, said DJ Earth. “It’s not as if I was looking for it but life is about taking a chance – do it! 99 per cent of times, you’ll probably get a no but you’ve just got to keep pushing on because there’s always that one chance, that one time when somebody will pick something up and it happens! If you shouted DJ Earth and DJ Rab S, it would play on Alexa – to hear your name come up, it’s fantastic!”

DJ Earth has produced 35 tracks in a year and a half after spending lockdown perfecting his sound.

“The news is full of awful things at the moment,” he added. “It’s just nice to have the word ‘lockdown’ which has a good outcome with it.”

DJ Rab S and DJ Earth worked together on the track virtually – with DJ Earth producing the ‘old school, bouncy techno’ sound in his home studio.

Stuart has been a cabbie in and around Carlisle for 15 years and when asked about the meaning behind his moniker, he said: “The world is your oyster, go out and get it. Why not? Not many people call me by my name Stuart round Carlisle.”

The first 50 copies of the vinyls were personalised.

“It’s funny how things turn out”, he added. “ I remember everyone rushing to the Pink Panther record shop in Carlisle to buy it (Now is the Time) when it was out. Vinyl is making a comeback – people like to hold vinyl, especially when it’s something as unique as this.”

DJ Earth will soon release his own CD of 10 tracks.