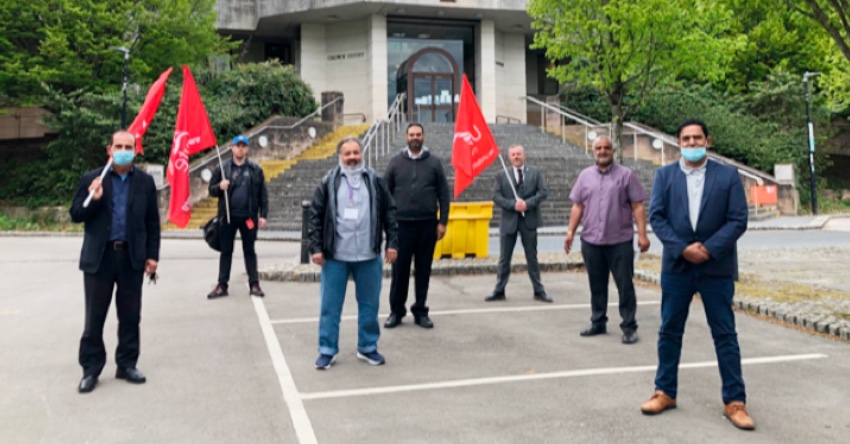 Taxi drivers across Newport gathered to hold a “go-slow” protest in the city yesterday.

According to the South Wales Argus, hackney cab drivers are angry at the lack of ranks available to them in the city, and Unite, the union representing them, says their “complaints have fallen on deaf ears.”

As a result of their frustration with the council, drivers organised a protest on 27 April, taking them from Newport Railway Station, along the Kingsway to Friars Walk, back up to Queensway, and then around the Civic Centre.

And Unite warned that if a resolution to their concerns cannot be found in the next few weeks “they will want to express their frustrations again”.

The drivers’ complaints centre on reduced cab space in Upper Dock Street and Corn Street which is resulting in limiting their earning oppotunities.

Imran Badat, a taxi driver in Newport, said: “We have not been given enough hackney ranks in Newport city centre."

Drivers say their message is clear: the local council must create more spaces for taxi drivers on the #Newport ranks.