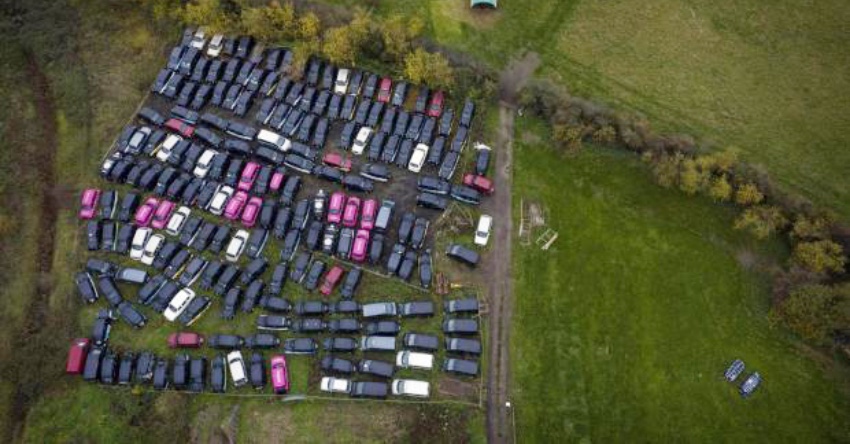 A parish council has signalled its opposition to allow more than 200 London taxis to continue to be stored on green belt land.

According to the Epping Forest Guardian, members of North Weald Parish Council have unanimously expressed their dissatisfaction of the use of land at Weald Park Farm in Thornwood.

At a meeting on Thursday 15 April, parish councillors were told the land off Duck Lane has been used as a car park for taxis for a year.

GB Taxi Services has submitted a retrospective planning application to Epping Forest District Council which confirms the company has 212 vehicles on the land.

Planning documents state the taxis are not currently needed because of the downturn in the taxi trade during the Covid-19 pandemic.

By November, the north London-based rental company said it had seen the occupation rate of its fleet of 100 black cabs plummet from 95 per cent before the crisis to just 10 per cent.

GB Taxi Services, one of two firms using the land to store taxis, is seeking temporary permission, for one year from spring 2021 to spring 2022, to store the vehicles on the land.

Speaking at the meeting, Councillor Terry Blanks said: "This is a totally inappropriate use of a farm, it's more like a field than a farm.

"There are 200 older taxis parked there already. They started off (parked) relatively neat; some are clearly being repaired. This is not a place to park old cabs."

He added North Weald Airfield would be a "far more appropriate" place to park the vehicles than a farm.

Councillor Sheila Jackman called on the parish council to lodge a "strong" objection".

She said: "They (the taxis) have already been there for a year. They've been breaking the regulations.

"If it was to be given permission it's effectively giving permission for two years and I really don't think that's on."

Last year, catalytic converters and diesel particulate filters were stolen from around 50 taxis.

Simon Georgiou, a director at GB Taxi Services, said in November: "We got our knees taken away with Covid and loads of vehicles getting handed back. Then this theft happens, which cost in excess of £120,000. We’re in a right mess."