DRIVER CUT FROM PHV AFTER TWO VEHICLE COLLISION IN WARRINGTON 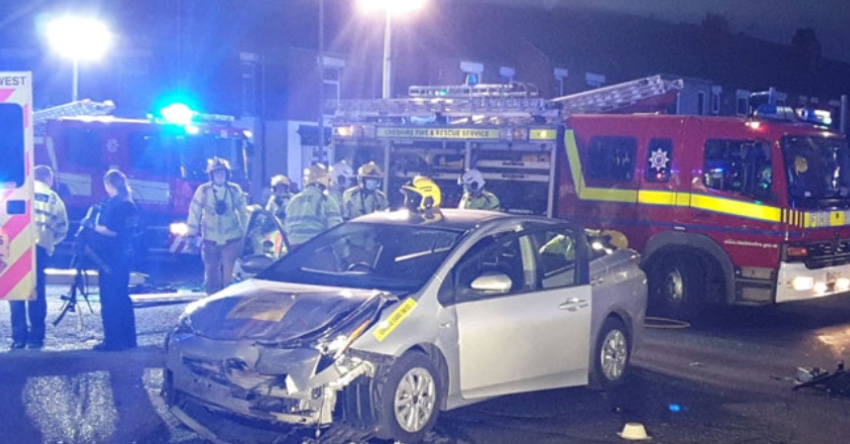 Police set up a crime scene at Bewsey following a two-vehicle collision which resulted in firefighters cutting free a person trapped in a private hire vehicle.

According to Warrington Worldwide, emergency services, including, police, fire and ambulance attended at the scene following a collision between a red Jaguar car and a silver private hire vehicle at the junction of Bewsey Road and Lodge Lane on Lovely Lane, Warrington, at around 8.15pm on Tuesday 20 April.

The road was closed as firefighters used specialist cutting equipment to help rescue a person, understood to be the driver, trapped in the cab vehicle.

The person was seen in a neck brace being stretchered into a waiting ambulance.

Eyewitness reports suggest the Jaguar vehicle, which collided with a wall on Lodge Lane, was being followed by police.

Two fire engines attended from Penketh and Knutsford and firefighters used specialist cutting equipment to release the casualty, they were then passed to the care of paramedics.