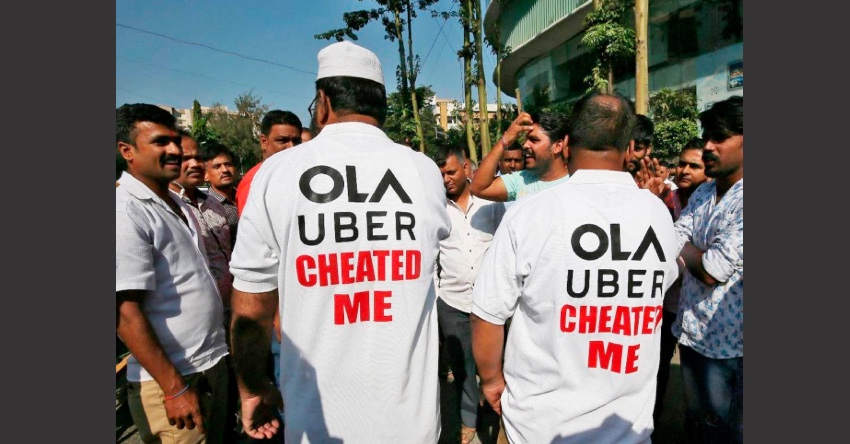 The financial distress felt by India’s cab drivers after the arrival of Ola and Uber saw 32-year-old Pratap, a cab driver with the Karnataka State Tourism Development Corporation (KSTDC), die by self-immolation on Tuesday 30 March near Bengaluru airport.

Inc42 reports that not able to pay his car loan, worried about the fall in income due to the aggressive pricing strategy of Ola and Uber, but most of all, anguished by the lack of government support, Pratap took his own life. He succumbed to his injuries on Wednesday, and the news drove his fellow cab drivers to protest at the airport.

Pratap’s struggles typify the experience for cabbies who have not joined cab aggregators such as Ola and Uber. Ola launched in 2010 with Uber arriving in 2013 and both companies now dominate the market once led by small private taxi companies in select cities.

The aggressive pricing strategy by these tech platforms for acquiring customers and the lucrative incentives for drivers in the early years meant that both companies managed to drive the regular taxis to the fringe.

But Ola and Uber’s pricing while successful in gaining customers, has alienated their drivers, who spend time between fares campaigning for better wages and rights on Facebook forums and on the roads with their unions.

The protest launched at Bengaluru’s Kempegowda International Airport after Pratap’s death, against Ola and Uber, saw several drivers affiliated with those two companies also participate in the demonstrations. They may be on the opposite side of Pratap, but the grievances are theirs too.

Tanveer Pasha, president of the Ola, TaxiForSure and Uber (OTU) Drivers’ Union in Bengaluru told Inc42 that an indefinite strike may be on the cards if Ola and Uber fail to guarantee better prices to their drivers.

The last few months have seen cab drivers go on strike in several cities. In Kolkata, drivers are refusing to switch on the air-conditioner in the car to save fuel, much to the chagrin of commuters. Similar incidents have been reported in Delhi and Bengaluru as well. Uber and Ola didn’t respond to queries about this troubling development.

After Pratap’s death, Facebook groups of cab drivers’ unions have been flooded with condolence messages. There are other posts too, celebrating the show of unity by drivers in Bengaluru who’ve chosen to protest at the airport.