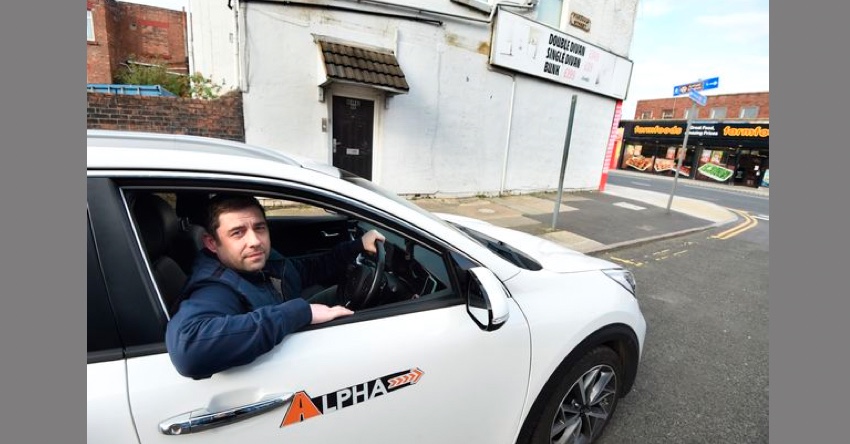 A hero taxi driver who helped a pregnant woman and five others to evacuate a burning building said he acted "on instinct".

Last week PHTM reported on a fire during the early hours of Friday, March 26 on Walton Road, Liverpool, after the blaze left three furniture shops damaged.

Flames spread above three businesses, with a video taken at the scene showing the roofs engulfed by flames as smoke billowed into the sky.

One business suffered flood damage, while the other stores, which were closed because of lockdown, suffered smoke and fire damage to their stock.

Fortunately no one was injured as the residents living above the shops were woken up by a taxi driver, who happened to be passing by at around 5am.

Because of the driver's selfless actions, it's thought six people, including a pregnant woman, were evacuated from the building. Rob, from Walton, humbly said it was "just instinct" which made him run into the building.

Speaking to the Liverpool Echo, the 41-year-old said he was on a break and was debating getting something to eat before he noticed the fire.

Rob was the first to call 999 and he told the Echo: "It was like an orange glow, I could see that and I knew it was a fire. I wasn't trying to act the hero, that wasn't my intention at all. But as I was calling the fire brigade, the fire broke through the roof.

"I knew where the entrance was to that block and I drove the car round. I tried to knock, but no one was answering. I kicked the door down and started banging on everyone's door. I just told everyone to get out."

Rob said he was shouting "fire" and trying to wake as many people up as possible.

During this time, he said he helped "about six or seven" people, including a woman who he later learned was pregnant.

He said: "It was probably the adrenaline that kicked in and I just thought 'if I don't do it, who will?' I was worried that it could be too late when the fire brigade arrived.

Rob said the situation only sunk in later while in his car and said he was "shaking" due to the adrenaline.

As the emergency services arrived, Rob said the evacuated residents were very kind to him and offered to buy him a coffee or some food.

Rob was also later credited for his quick thinking as it was feared the fire could have been worse and could have affected other neighbours.

Merseyside Police said an investigation is still ongoing into the blaze. It was also confirmed police were leading the investigation.