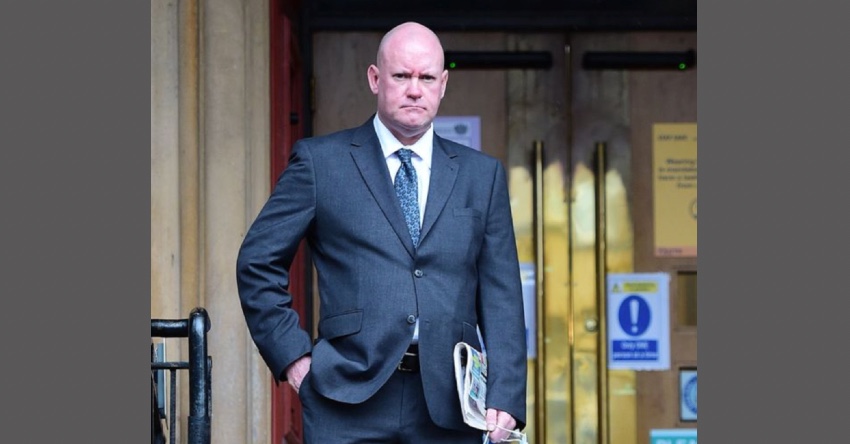 A PHV driver has been allowed to keep his driving licence after leaving a passenger with a broken leg and a 29-inch scar - by reversing over her when she left his car.

The Daily Record reports that Gerald Burns was fined £600 for striking Maria Reid, who has since sadly died, seconds after dropping her off outside her home.

He also had seven penalty points placed on his licence, meaning he will not be banned from driving and can continue to work as a cabbie.

Burns, 53, was unaware she had stopped behind his vehicle to catch her breath and reversed over her, believing she was actually a pothole.

He left her with a fracture to her right femur, "extreme pain to her right knee and bruising and tenderness to her shoulder" and she was rushed to hospital for treatment.

Medics placed supporting pins into the break, and she was left with a 29-inch scar on her thigh, and unable to walk without a crutch.

Burns, from Paisley, admitted his guilt over the February 4, 2019 incident when he appeared in the dock at Paisley Sheriff Court.

He pleaded guilty to driving without due care or attention and sentencing was adjourned for Sheriff Tom McCartney "to assess" what to do.

When Burns returned to the dock on Thursday morning April, the judge said: "The circumstances of this case are very unfortunate and somewhat unusual.

"Your failure has been accepted to be a failure to drive with due care or attention, rather than recklessly or dangerously. In sentencing, I need to have regard to the level of lack of care involved.

"You work as a private hire driver and should be expected to be particularly mindful of passengers entering or alighting from your vehicle.

"Having given the matter careful consideration, I have considered the level of carelessness is not such that I require to impose a disqualification.

"The offence can properly be dealt with by the imposition of penalty points and a fine."

The £600 fine was reduced from £750, and the seven penalty points were reduced from nine, as he admitted his guilt.

Procurator Fiscal Depute David McDonald had earlier told the court Burns had dropped Mrs Reid off in Ritchie Park, Johnstone, Renfrewshire, and that she stopped behind his car "trying to catch her breath."

The prosecutor added: "A witness saw the vehicle reverse slowly as though unaware Mrs Reid was standing behind the vehicle.

"This manoeuvre knocked Mrs Reid to the ground. Mrs Reid shouted out at this time. The incident also attracted the attention of members of the public on the street.

"All parties then saw the driver, apparently still unaware of Mrs Reid's presence, reverse his vehicle allowing the rear offside wheel to rise up onto Mrs Reid’s leg.

"Mr Burns then allowed his vehicle to roll forwards off of Mrs Reid.

"The members of the public on the street alerted Mr Burns to the incident and he alighted from his vehicle. Mr Burns appeared shocked when he realised what had happened.

"Mr Burns mentioned to the members of the public that he had been distracted by a radio message and that he thought the resistance he felt whilst undertaking his reversing manoeuvre had been caused by a pothole in the road."

After the police arrived, Burns took responsibility and mentioned the potholes, with officers spotting two potholes behind one of the back wheels of the taxi.