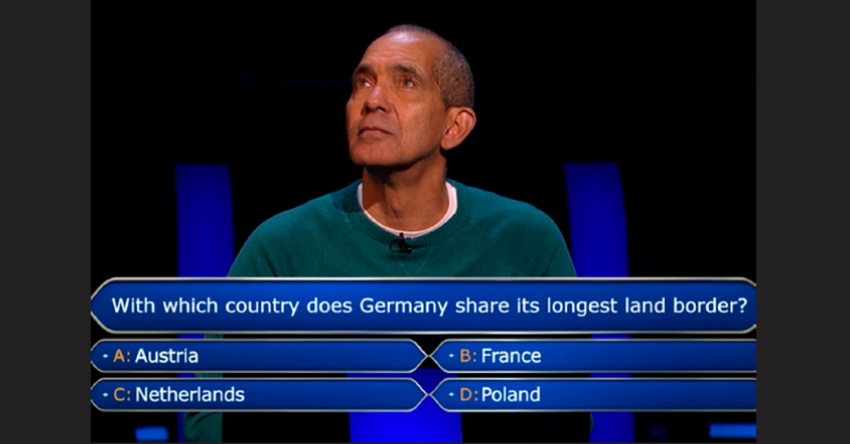 An Edinburgh taxi driver took home £125,000 after winning big on Who Wants to be a Millionaire on Sunday night.

In a weird twist of fate he revealed during the show that he once picked up Julian Fellows in his cab while working in the city – after being asked a question about the actor.

Ray, who is from Musselburgh, decided to take the money after becoming stuck on a question about which country Germany shares its longest land border with.

He now plans to take a nice holiday with his wife, when Covid-19 rules allow of course.

The cab driver initially won his spot in the hot-seat by winning the fastest-finger-first round on a question about withdrawing cash from an ATM, and in which order you do the following things – take cash, enter PIN, insert cash and select amount.

He managed to plot his way through the game wisely before becoming unstuck in a question about Meryl Streep films at £64,000.

Ray was asked: "In which of these films does Meryl Streep play a wholly fictional character and not one based on a real person?" The options were Out of Africa, The Hours, The Post and Suffragette.

After using all three lifelines he landed on the correct answer – The Post.

He then opted to take the money on his next question, rather than risking losing tens of thousands of pounds.