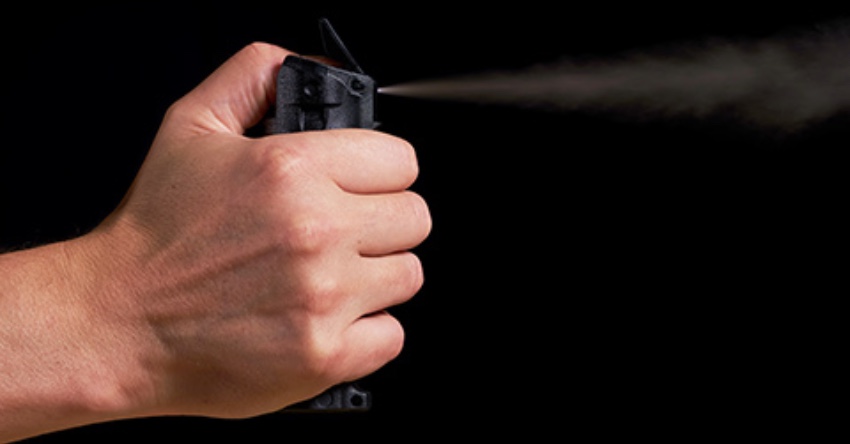 A “naive” private hire driver who carried pepper spray in his car due to “fear for his safety” has been suspended.

STV News reports that Thomas Gallagher said he did not know the spray was illegal as he urged licensing chiefs to allow him to continue driving.

His son told councillors how the 56-year-old had previously been spat on, punched and threatened with a knife while at work.

Mr Gallagher was summoned before the licensing committee after Police Scotland complained he was “no longer a fit and proper person to hold a licence”.

He had been charged with the offence, under the firearms act, in August 2019 and was later fined £270.

The private hire driver had passengers in his car at the time of the offence, a police officer told the committee. A pepper spray canister was found attached to his seat cover, she added.

Licensing chairman Alex Wilson said: “Why on earth did you have pepper spray in your car?”

Representing his dad, Mr Gallagher’s son, also called Thomas, said: “His reasons for having that was due to his fear for his safety. He was unaware it was illegal and it was under the firearms act.

“I know my dad and I can say this is unlike his character. I know that if he knew that was illegal, he wouldn’t have had it in his vehicle.”

His dad, who has been driving PHVs since 1998, then added: “I had no intention of using that, it was given to me a couple of weeks before by another driver. I meant to dispose of it.

“There’s no way I’d ever use anything on anybody, that’s not my nature.

“I’ve just been naive. If I lost my licence I’ve got nothing. I’ve not got a criminal record, I’ve never hurt anybody in my life.”

He added: “I class myself as a good guy, I’m not a bad person, I’m not violent. I should never have left it in my motor.”

Mr Wilson said: “Passengers can be very unpredictable, particularly under the influence of alcohol or recreational drugs, and it is a dangerous job out there.

“I don’t for one minute deny any private hire driver being a bit fearful for their own safety.”

“At the end of the day, if you had used that pepper spray on a member of the public, you’re putting yourself at greater risk.

“You could have ended up with a custodial sentence. It wasn’t the best course of action.”