ELECTRIC TAXI PODS TO LAUNCH INSTEAD OF LINCOLN TUK TUKS 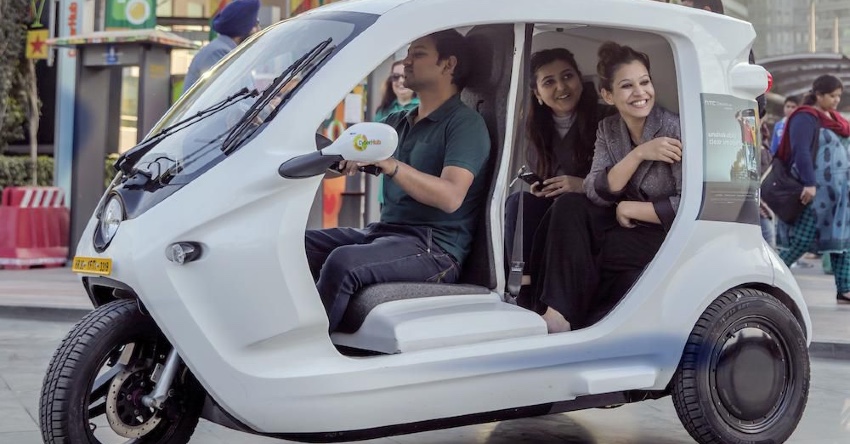 A zero emission pod taxi service will launch in Lincoln in April, replacing plans for fuel-based tuk tuks going up and down the hill which leads to Lincoln Cathedral.

According to The Lincolnite, the city council’s licensing committee voted to allow tuk tuks in the city last August after owner of Holla, Christine Kimbrell, convinced them to change the policy with her proposals.

She said the only negative feedback she received from the council was that they weren’t electric, so she went back to the drawing board and changed her proposal to three electric Zbee vehicles.

The latest application was approved by the city council’s licensing committee on Wednesday evening 20 January.

The usual licensing requirements for a vehicle to have an engine capacity of not less than 1297cc and at least four seats were removed.

Extra conditions were imposed including giving a list of drivers’ names to the council and, although a spare tyre will not be required on the vehicle, it will be necessary to always have one in stock.

Christine found the Zbee car was being run really well as a taxi and delivery service in Sweden. She went to Stockholm to test drive the vehicle before purchasing a fleet of three at £10,000 each, which she now has in Lincoln.

The vehicles will operate in a three-mile radius of Lincoln and seat up to two passengers.

Christine is already looking at extending the originally planned 10-15 stops so there will be less limit for customers, but the price per journey is still being finalised.

However, she is confident that it will be cheaper than other city taxis and will be done on a per metre basis.

Christine told The Lincolnite: “We are so excited. The only things the council came back with last time was that it wasn’t electric and we wanted to keep it zero emissions and to be sustainable and we are now a step closer to carbon neutral.

“We will be the first in the UK to have a zero emission pod taxi service.”

Christine hopes to expand to 15 vehicles by the end of the year, by which time she hopes to have employed 15-20 staff.

She already has a premises located behind Tesco on Wragby Road and work is ongoing to finalise the website and app and other finishing touches.