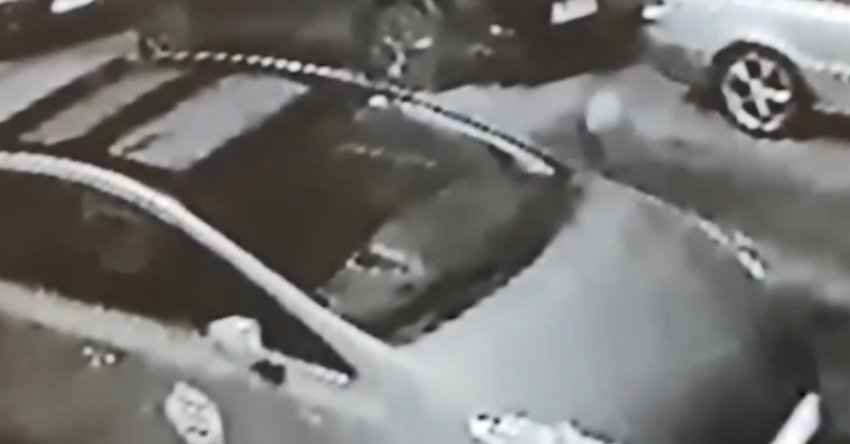 A gang of thieves took less than 90 seconds to steal a valuable catalytic converter from a PHV parked in a Leicester street.

The Leicester Mercury reports that the owner of the Toyota Prius, who wished to be named only as Mr Hussain, watched the crime on his CCTV footage the following morning.

It shows the hooded men jack up the vehicle, go underneath to remove the device and then flee in their own car. The incident happened on the evening of Sunday 10 January in North Evington, Leicester.

The 48-year-old PHV driver said: “It happened at 6.30pm and it’s quite near to a main road but they don’t seem to be worried. They arrive, remove the catalytic converter and in less than two minutes they’ve driven off again.

“I’m surprised they risked it, but they knew what they were doing. They have their faces covered and so it’s not going to be easy to identify them.”

He said more than 100 Leicester cabbies had been victims of similar crimes in the past couple of years.

He said: “I’m the admin on a WhatsApp group of about 250 private hire and taxi drivers and about half of us have been targeted now. It’s a huge problem.

“I’m insured but the excess payment is high and if I claim I know that my premiums may go up in the future, so like a lot of other drivers I’ve decided to just pay for the repairs myself.

“If I go through my insurance company it will also take longer to get it fixed which means more days with no income.”

Leicestershire Police said that the increase of catalytic converter thefts began in late 2018, and after a lull earlier in the pandemic, numbers have risen again. In 2018 about 280 such thefts were recorded and that rose to 618 the following year.

The spate of such thefts could not come at a worse time for the city’s cabbies.

“A lot of garages are offering to fit the shields now because of this problem. It costs about £200.”

The incident was reported to Leicestershire Police, and a police spokeswoman said: “Enquiries are continuing. If anyone has any information which may assist with the investigation they are asked to contact 101.

“The theft of catalytic converters is a concern both locally and nationally. A number of operations have also been carried out across the force area which has led to parts being recovered and a number of arrests.

“We would always advise vehicle owners to think about the security of their vehicles and try and park in well-lit areas covered by security cameras, if possible park up against a wall so access to the back of the vehicle is difficult.”