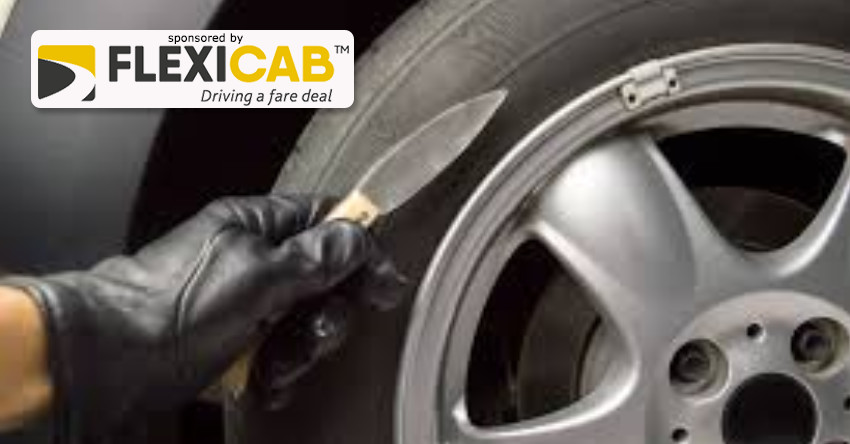 A raging lout punctured a taxi’s tyre after the driver told him there were too many passengers.

According to the Evening Telegraph, Steven Fleming, 24, saw red after being told he would have to leave because the taxi could only carry four passengers.

Prosecutor Marie Irvine said: “There were five people and they all tried to get in the taxi. The driver told them he could only take four of them. They got out the car.

“The accused went to the front passenger side, took the knife out and stabbed the tyre, puncturing it several times.

“The police arrived and traced the accused. He threw the knife under the police vehicle. Officers restrained him and the knife was recovered.”

Fleming then spat at PC Mark Heggie after being put in a police van.

He said: “It’s just not acceptable going around with a knife in a public place. Spitting at a police officer is not acceptable at the best of times but during the coronavirus pandemic it’s even worse.”