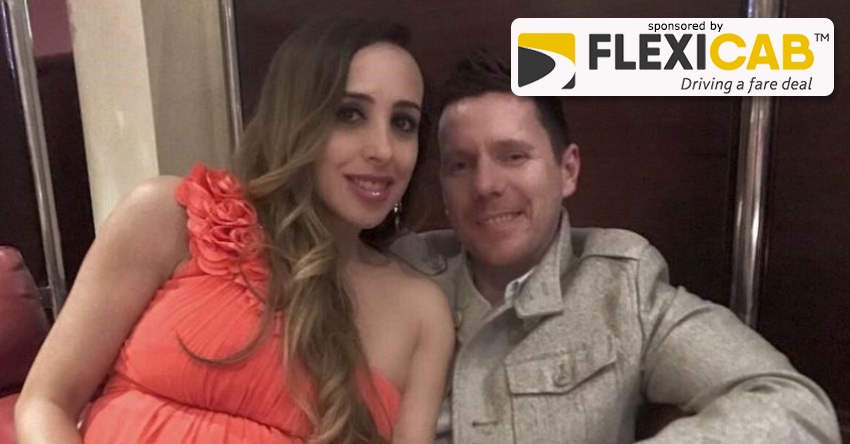 A taxi driver is lucky to be alive after being pulled from his burning cab, which had been engulfed by flames after a devastating crash.

According to ExaminerLive, Antony Gray, 44, was seriously injured when a car veered onto the wrong side of Sheffield Road, Barnsley and ploughed head-on into Antony's taxi, in January last year.

The crash, which happened just before midnight, left Antony with broken legs, a shattered hip, a shattered knee and a head injury. His passenger, a teenager, was left with a bleed on the brain and a fractured eye socket.

The crash was so severe that Antony's taxi went up in flames and both he and his passenger had to be pulled from the burning wreckage.

Now, nearly two years after the crash, Antony is still suffering the effects of his injuries and is unable to play with his baby daughter - as he is not strong enough to pick her up.

Antony's wife, Cristiane, was seven months pregnant at the time of his ordeal and his little girl, Victoria, is now 19 months old.

Antony said: "Not being able to help care for Victoria has been the most difficult thing to accept.  This should be the most special time of our lives but not being able to do things most dads take for granted has really affected me."

Following the horrific crash, Antony spent more than three weeks in hospital and had seven screws fitted in his left hip and knee, as well as having 10 metal pins in his right leg.

He now needs to use a walking stick to get around, as his leg has been permanently disfigured by the crash.

Recalling the terrifying night, Antony said: "All I remember is coming round and seeing flames in the cab. I was in so much pain and couldn't move. Then two men came and dragged me out of the cab to safety. After only a few seconds of being laid beside the road away from the fire I looked back at my car and the engine exploded.

"The next thing I remember was opening my eyes in a hospital bed seeing my wife and mother crying. I was covered in wires with machines beeping all around me.

"All I could think of was my baby that was due to arrive soon and I was in such a state. We were so excited for the future and Victoria’s birth but a lot of that changed overnight."

Due to the nature of his injuries, Antony has also had to give up his career as a taxi driver, a job he had been doing for 12 years.

He said: "I used to love being a taxi driver. You would get to meet and talk to all different kinds of people. Having to accept that this is something I won’t be able to return to has also been difficult.”

Cristiane has praised her husband for his strength and said that he is "still a wonderful husband and dad".

The couple, from Cudworth, Barnsley, are now supporting Road Safety Week which is organised by road charity, Brake and runs from November 16 to 22.

The driver of the other vehicle involved in the crash pleaded guilty to driving without due care and attention at Barnsley Magistrates’ Court in October 2019 and received a driving ban and a fine.