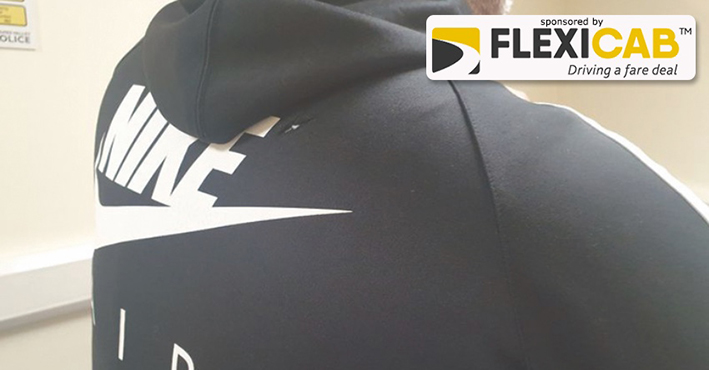 A PHV driver was threatened and almost robbed at knifepoint in Reading.

Zulfiqar Hussain, 50, describes how he was dropping off a regular customer in Katesgrove when the shocking incident happened.

He said: "I usually wait till the lady closes her door before I set off just to be on the safe side.

"I looked up and there was a man standing there. He said 'I need a taxi to Morrisons' which is just round the corner. I said, 'I'm afraid not, we are private booking only'. He turned round and said 'come on man it's just down the road'.

"Then he pulled out a proper 12 inch kitchen knife threatened me and said 'give me your money, give me your ****ing money!'

"I had an instant reaction. I just put my foot down, and drove away from him.”

The offender managed to slash a hole in Mr Hussain's jumper, but fortunately he was not injured in the incident.

Mr Hussain, from High Wycombe, has worked for Yellow Cars for many years and although he has never experienced an incident like this, he is aware of other drivers being targeted.

Mr Hussain added: "95 per cent of drivers probably would've frozen and ended up being robbed. This was just an instant decision by me to put my foot down.

"Apart from my top being cut from the back I don't have any injuries. It could have turned out a lot nastier."

A Thames Valley Police spokesman said: "We are appealing for witnesses to an attempted robbery in Elgar Road South, Reading, on Saturday, October 3. It happened near to the Reading Driving Test centre at around 9.30pm.

"The offender is described as a mixed-race man, aged between 18 and 21 years old. Anybody with information should call 101 quoting reference number 43200311405."