WILL BIDEN TRUMP DONALD? I DONT THINK SO! 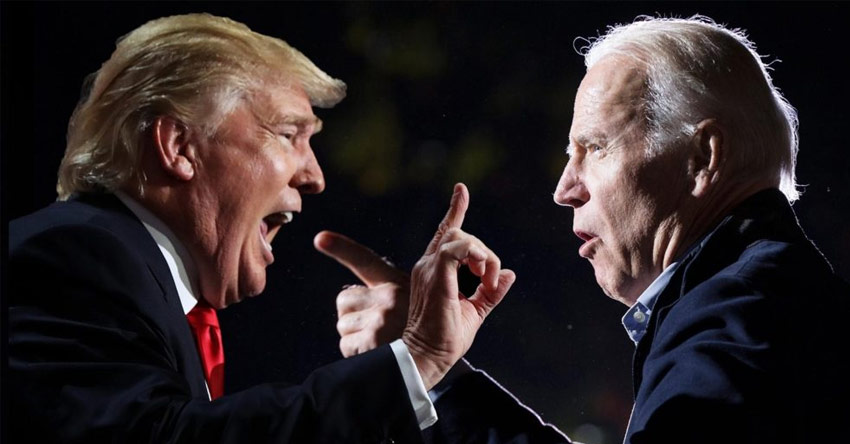 AMERICA GOES TO THE POLLS on November 3 to elect its next president where the incumbent  president, Donald Trump (Republican), will attempt to defeat the Democrat representative, Joe Biden.

And he is behind in the polls, second favourite in a two-horse race with the bookies and fighting not only a savvy opponent (vice-president to Barack Obama) but also the effects of world recession, largely due to the unprecedented attack of Covid-19.
First of all let’s put one thing straight. Bernie the Book is not guided by political beliefs.

Neither am I employed secretly by the Russian Poliburo or a fake newsfeed to gender an opinion to provide falsehoods but purely I exist as a betting medium where value can be found.

I fervently believe Donald Trump will be re-elected and manage to secure the 270 electoral college votes needed to stay in the Oval Office, and I believe this despite him continuing to trail in all bookmakers’ lists and polls.

Why? The first reason is historical in that it is quite rare for an incumbent president not to win a second term. This is largely due to public awareness of the candidate, in that the president features more and continually has featured more in the four years between presidencies. No one can argue that Donald Trump is not good television (irrespective of your political beliefs). Conversely the (and in this case the democratic nominee) opposition candidate has been chosen from one of eight or nine, whittled down through various caucuses, monetary wealth and popular vote in the last year to fight his corner.

This year Joe Biden almost fell over the line when Bernie Saunders became unelectable (a bit like Jeremy Corbyn) and the democrats have been lukewarm in offering him their unreserved approval. Sure, this is surmountable but not ideal.

Secondly, cast your mind back to four years ago and Donald Trump was a universal 4/1 with the bookies to triumph rather than a shade of odds against at present. Yes the voters didn’t warm to Hillary Clinton and bought in to Donald Trump’s vision of ‘Making America Great Again’, but think about it – has that ethos really changed. No.

Thirdly, and most importantly, the electoral process to elect a president favours Donald Trump in this instance. To win the election you need to garner 270 electoral college votes of the 538 available with each state having a number of votes dependent on their population (see map above). The largest allocation is California with 55 votes, Texas has 38 and Wyoming, for example, just three. Now there are always states which will always be republican or democrat but what is important to realise is the winning party is invariably elected by winning the swing states (those which vote differently in each election). This year important swing states are Michigan (16 votes), Iowa (6), Ohio (18), Florida (29), North Carolina (15) and Pennsylvania (20). If you look on bookmaker sites at the moment all these states are favourite to go red (republican) and whilst the popular vote is heavily in Joe Biden’s favour, the college votes are a lot closer.

So how can we make money?

Well big hitters can bet on a straight shoot-out for Donald Trump at between 11/10 and 5/4. Hardly inspiring? I would much rather bet on the margin of victory which I believe will be no less than 2016. In that election Donald Trump won by 304 to 234 – a margin of 70. There will be bands that bookmakers will offer in the next month and that eventuality will be between 7 and 10/1 for a 70 vote margin. For those of you who understand spread betting, the current market makes up at between 244-250; this equates to a victory on last time’s proportions of +54 and if, for example, you buy at five units a point this would make a profit of 270 units. Come on Donald! (let’s not worry about climate change, North Korea or Russian ogliarchs – lol.
Until next time.  Bernie the Book