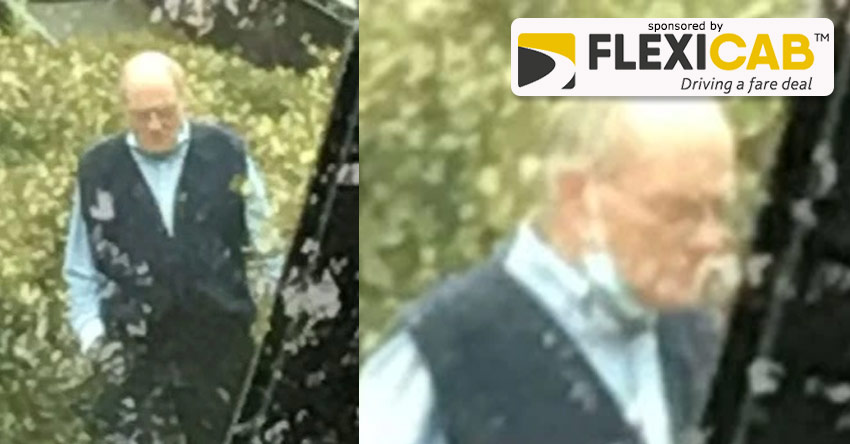 A TAXI driver accidentally left a disabled passenger a rude voicemail asking "can I f*** you in your wheelchair".

Malcolm Black, 70, left the voicemail after the complainant told him that she no longer wanted to use his services.

The woman in her 30s and her carer, who both thought Mr Black's vehicle wasn't suitable for her black wheelchair, found his driving to be erratic and claimed he also answered the phone at the wheel.

After the second journey with Mr Black, she told him why she didn't want to be driven by him anymore.

Mr Black then called the wheelchair-bound woman back to explain he did have a suitable vehicle, but when he failed to disconnect the call when he closed his flip phone.

He could be heard making the remark, "can I f**k you while you’re in your wheelchair?"

The woman, from Callington, Cornwall, immediately filed a complaint with the council and contacted the taxi firm.

He appealed the decision and it was heard before magistrates’ in Bodmin on Tuesday.

Mr Black denied to the court that he had been driving erratically and that he answered the phone whilst at the wheel.

He also shockingly claimed that the words he said in the voicemail were: "f**k her and her wheelchair".

He told the court: “I just don’t know what I’ve done to her. I didn’t say what they are trying to make out I said, I couldn’t say that, that’s horrible.

“I don’t usually drive that van so it was new to me as well. I did say that we would get another motor.

“It was just a nightmare journey. The job was a nightmare and I wasn’t happy with how it went. I’d had enough, I said ‘f**k her and her wheelchair'.

"I wasn’t talking to her, I thought it (the phone) was closed but it was switched on.

"It’s not really nice, no, I agree it was highly inappropriate, but not inappropriate enough to lose my licence. It was a bit of banter, that was all."

He added that the complainant was “needy” because “she’s an invalid”.

The complaint had wanted to use a taxi firm while her own car was being repaired around Christmas time last year.

Mr Black drove the woman on two separate occasions before she told him she didn't want to use his services anymore, which is when the voicemail was accidentally made.

When asked how she felt after hearing the message, the woman told the court: “I thought I was going the throw up, both our jaws were on the floor.

"I just felt sick and violated really that he felt it was okay to say that. I was disgusted. If he’s making remarks like that, what else is he doing?”

Her carer, who was with the complainant at the time, added: "We were both in utter disbelief that he had said that.

"I thought it was completely inappropriate. That is not a professional manner to conduct yourself in at all."

The chair of the bench told him: "We felt your attitude towards her disability was not a professional one.

"Whilst it is difficult to be absolutely sure because of the quality of the audio, we agree with those that heard it before that the conversation was totally inappropriate, and not at all appropriate for anybody to hear.

"We find that is not the behaviour of a right and proper person to be driving, especially vulnerable people."

Mr Black denied during the hearing that he holds prejudiced views towards disabled people.

In addition to losing his licence he must pay £1,500 towards Cornwall Council’s legal costs.