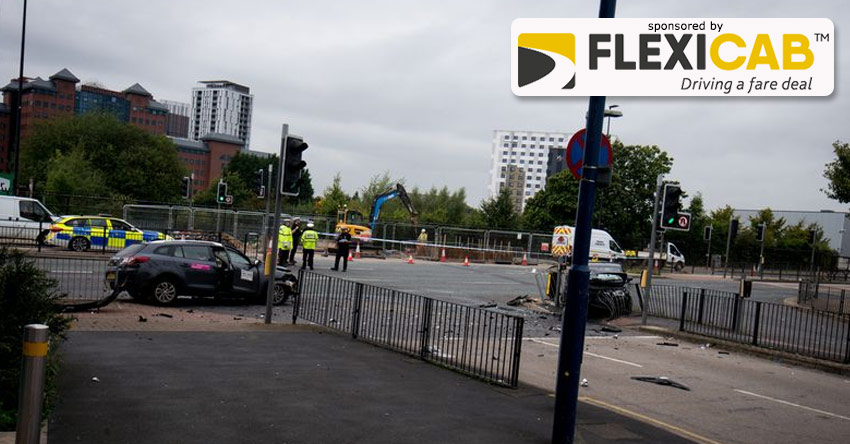 A 46-year-old taxi driver has died following a horror crash near Salford Quays earlier this week.

The crash happened at around 9am on Thursday and led to the road, close to the Lowry Theatre and MediaCity, remaining closed for several hours while police carried out an investigation.

The taxi driver suffered life-threatening injuries and was taken to hospital, where he sadly died on Saturday.

Police said the driver of the Audi A3 – a 22-year-old man – suffered minor injuries and is 'assisting officers with their enquiries'.

In a statement, police said a third vehicle, a black Audi A5 was also involved in the incident but the driver failed to stop at the scene.

The car was travelling southbound on Trafford Road, police said.

The driver – a 27-year-old man – was later arrested on suspicion of causing serious injury by dangerous driving and has been released under investigation.

Officers are now appealing to anyone with dash cam footage or who witnessed the collision to contact them as part of their ongoing enquiries.

Sergeant Andrew Page, of GMP’s Serious Collision Investigation Unit, said: “Firstly, my thoughts are with the man who sadly passed away this weekend as a result of injuries sustained in this awful collision."

“We are working to ascertain the circumstances behind this incident and are appealing to any members of the public who may have been driving through the area at the time to come forward and assist our enquiries.

“This collision occurred at a busy time of morning and I’m confident there will be people out there who saw what happened or who have dash cam footage of the moments prior to the incident that can significantly help us with this investigation.”