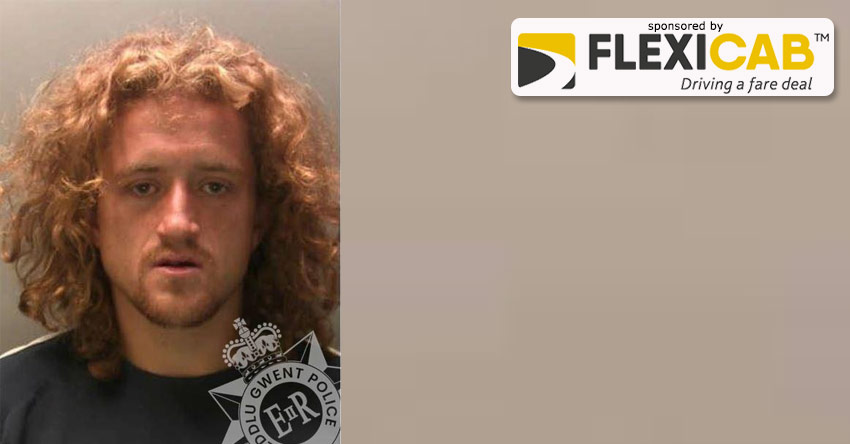 A MAN with a history of violence was jailed after he launched a “cowardly attack” on a taxi driver which left his victim with hearing loss.

Michael Hastie-Davies threw a can of lager at Jason Chapman outside Newport’s Star Taxis with such force it left him with a 6cm wound.

The assault has had far-reaching consequences for the victim, whose career plans have been shattered as a result.

Newport Crown Court heard how the cabbie had spent thousands of pounds training for a job on the railways.

But he is unable to pursue a future in his chosen profession because he has suffered hearing loss as a result of the incident.

Judge Daniel Williams told the defendant: “Jason Chapman is a taxi driver and you got into his cab on the evening of September 23, 2019.

“You were behaving erratically and he asked that you get out of his taxi.

“You returned shortly after shouting at Mr Chapman, asking him if he knew who you were.

“You then threw a can of lager at him which struck him with great force to the left side of the head.

“He felt immediate pain and there have been serious consequences for him.”

The judge added: “Mr Chapman bravely threatened to hit you and you ran off.

“That sums up what a cheap and cowardly attack this was.

“The victim has lost his part-time job and he describes how he now feels low, frustrated, angry and bitter.

“This offence is aggravated by your previous convictions. You have a propensity towards violence.”

He told the court that Hastie-Davies had 21 previous convictions for 43 offences, including causing actual bodily harm and common assault.

Gareth Williams, mitigating, said: “The defendant was not of a very stable state of mind that night.

“He had issues of self-harm and was not thinking clearly at all.

“The defendant regrets what he has done. He lashed out because of a feeling of frustration.

“He should not have taken it out on him. There was a lack of premeditation.”

Judge Williams jailed Hastie-Davies for two years and ordered him to pay a victim surcharge after his release from prison.