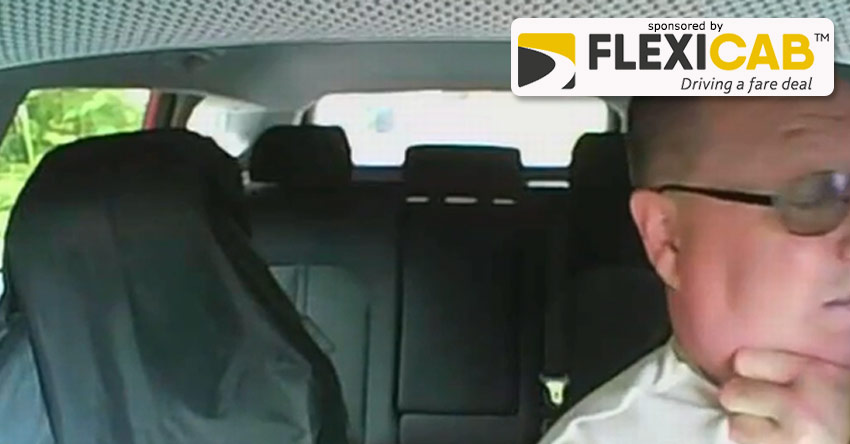 A taxi driver in the South Hams was grabbed around his throat in a shocking road rage incident.

Steve Russell, 55, was driving in Churchstow when he was involved in an altercation and attacked.

The entire sequence of events was captured on an internal and external dashcam, and has been shared on social media.

The disturbing incident, which happened yesterday (August 6), kicked off in a narrow lane after a large Range Rover was struggling to park.

Steve who was stationary behind the 4x4, waited as the car unsuccessfully attempted to manoeuvre into the space, a man approached Steve requesting that he reversed back down the hill.

When the cab driver refused to move, a war of words erupted and he was grabbed around the throat.

Steve said: ''He came so close to my face basically spitting on me, it is a COVID-19 violation''

A taxi driver within the area for 23-years, he says he was 'shaken up' as a result of the incident.

Whilst Steve stopped stationery in order for the car to park, the man 'aggressively' began signalling for Steve to go backwards down the hill.

In response to the signalling Steve said: ''If she can't get in there, she shouldn't be driving.''

Despite the social distancing measures the man got closer to Steve. The cab driver replied: ''Don't start spitting, where is your mask, go away.

The cab driver who caught the assault on camera alerts the individual that he will be reporting the incident to the Police.

He said: ''I was not obstructing the driveway, the car had plenty of room.

''I go up and down that lane all the time.

''I've been doing this jobs for years and I was shaken up, but what if it was someone more vulnerable.''

Steve has contacted the Police to report the incident and is awaiting a response.