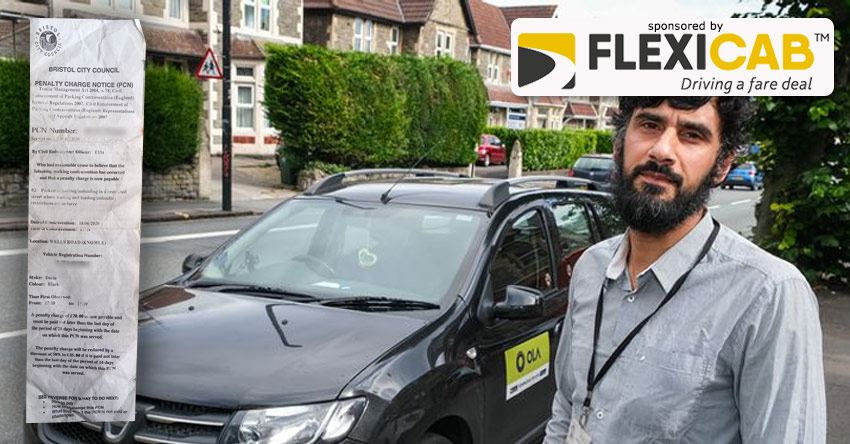 A private hire driver says he was fined after stopping for a minute to help an elderly woman with her shopping.

Bristol City Council has said parking restrictions were in place and enforced to keep everyone safe and that that vehicles should be parked legally and safely.

Mohsin Perveaz said he was parked along Wells Road in Knowle on June 18 waiting for a job to come in when he saw an elderly lady he recognised limping and struggling to carry some bags.

The driver said he knew it wouldn't be a long trip so offered to give her a lift.

Mr Perveaz, who lives in the Knowle area as well, stopped outside her house - also along Wells Road - as there were two cars parked on the drive already.

He helped unload her bags, leaving them on her front door, and making sure she was ok. However, by the time he got back to his car, he had been given a parking ticket.

"I am not going to park around the corner, everyone has a door-to-door service - that is why they get a taxi," he added. "If you look at the ticket, it says first time observed 5.18pm and time issued 5.19pm.

"It is given within a minute, which is crazy."

Mr Perveaz - who has been a driver for three years - said he appealed the fine to the council but this was unsuccessful as the vehicle was in an area where waiting and loading/unloading restrictions were in force.

"I was already on Wells Road and I knew it would be an extremely short trip," he continued. "I could see her struggling and I just wanted to help her because I recognised her.

"I am confused and upset - does this mean a taxi can not stop for 60 seconds?

"It is not right - I am a taxi driver, we stop everywhere and anywhere. It is part of my job."

The driver said it has been very quiet since the pandemic started, adding sometimes he could be waiting up to two hours for a job to come in.

At the time, the car was displaying his private hire badge.

"We have all been impacted heavily by this crisis and I can not afford to pay the fine," he continued. "I do not think anyone should be given a ticket within a minute, especially not a taxi driver.

"It does not make sense."

Amar Hafeez is the son of the elderly woman Mr Perveaz gave the lift to and said he was shocked when he found out the taxi driver had been fined.

He said: "My mum is 67 and has a problem with her leg and her hip, but she has been advised to keep moving.

"I think that day she had too many things in her bag and she was struggling to come back.

"She was trying to catch her breath when he [Mr Perveaz] asked her if he could help her."

Mr Hafeez said he found it odd he had given a ticket so quickly.

"He was doing a nice gesture," he continued. "It is a bit of a concern to me that they would enforce this so strongly and I disagree with what the council are doing.

"It is quite surprising - I feel bad he was given a ticket for this."

Bristol City Council said it had considered the appeal made on this occasion and has upheld the issue of the Penalty Charge Notice.

The spokeswoman said: "We have however extended the discount period for payment by an additional 14 days.

"If the driver still considers that the Penalty Charge Notice should not have been issued, they have the option to appeal further to the Traffic Penalty Tribunal, for their case to be heard by an independent Adjudicator.

"Parking restrictions are in place and enforced to keep everyone safe.

"All vehicles should be parked legally, safely and any payment due should be made and the ticket displayed. If a permit is required to park, one must be displayed.’’