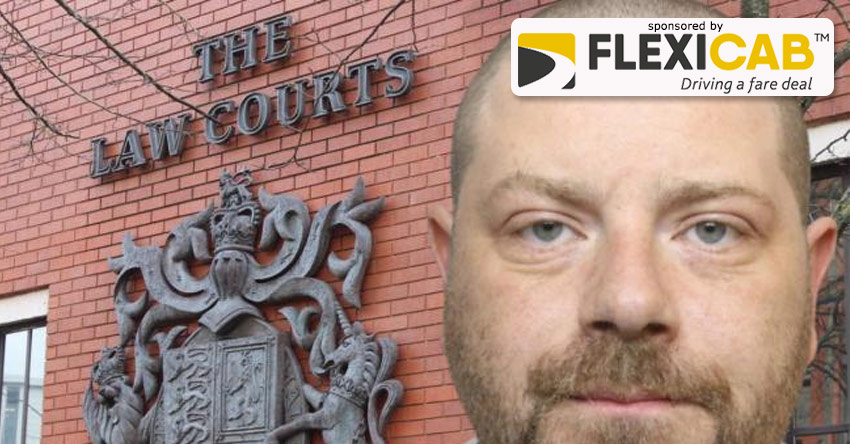 A taxi driver who molested a 12-year-old girl in the back of his cab will spend the next four years behind bars.

Paedophile Wayne Gainey today became the first man at Swindon Crown Court to fall foul of rule changes that came into force in April. Those changes automatically require anyone jailed for more than seven years for offences that carry a maximum of life imprisonment to serve at least two thirds of their sentence in prison.

Judge Jason Taylor QC sentenced the man to six years and four months imprisonment, ordering the 38-year-old serve an extra year on licence as he is a sexual offender of particular concern.

Earlier, the court heard how Gainey had met his 12-year-old victim after being sent to pick her up in his taxi from her school last June.

The girl’s teacher had fallen pregnant and she spoke to the cabbie about it. The man had taken this as an invitation to move on to have sex with her, even though she did not want to.

He parked in a secluded spot in Southwick. In the back of his blacked-out taxi cab he molested her. The assault lasted around a minute, he later told police. He asked for her phone number and to keep her underwear.

The girl reported the assault when she was dropped off at home. In a victim statement read to the court by prosecutor Gordon Ross, the girl said she had felt disgusted. “I thought he would kill me,” she said. “It makes me think it could happen to me again and I’m a target because of my age and being in care. This was one of the first things he asked me. We’re easy targets.”

When police arrested him they seized his computer and phone, finding three category A indecent images of children, one image in category B and 109 in category C.

They included an image of a baby and girls aged seven to 15. 51 pictures showed the same 14-year-old girl, who had sent the images to Gainey around three years earlier. Analysis of his computer showed he had trawled the web using search terms like “pre-teen” and “naked schoolgirls”.

Gainey, of Christchurch Street, Frome, pleaded guilty to sexual assault by penetration of a girl under 13, sexual assault on a child under 13 and three counts of making indecent images of children.

Ray Tully, mitigating, described his client as a loner. If you were to stop the clock at around 3.30pm on June 4 last year one would have seen his life as uneventful and one unlikely to ever trouble the courts, he said.

“An hour later at about half past four he was dropping off the complainant and his life and her life changed forever – and it really comes down to four minutes or so when the vehicle was parked up,” the barrister added.

Gainey accepted full responsibility for what happened. He had pleaded guilty to the offences, despite knowing it put him at risk of receiving an extended sentence, sparing his victim the ordeal of giving evidence at a trial. He had no previous convictions.

Sentencing the man, Judge Jason Taylor QC said: “You grossly abused your duty of care to this child and it is clear from her victim personal statement this has had a salutary effect upon her and in the same way Mr Tully now says your life has changed forever so has hers – and her sentence will remain with her longer than yours in many respects.”

Gainey was made subject to a sexual harm prevention order, designed to limit his interaction with underage girls for the rest of his life. He must sign onto the sex offender register for life.