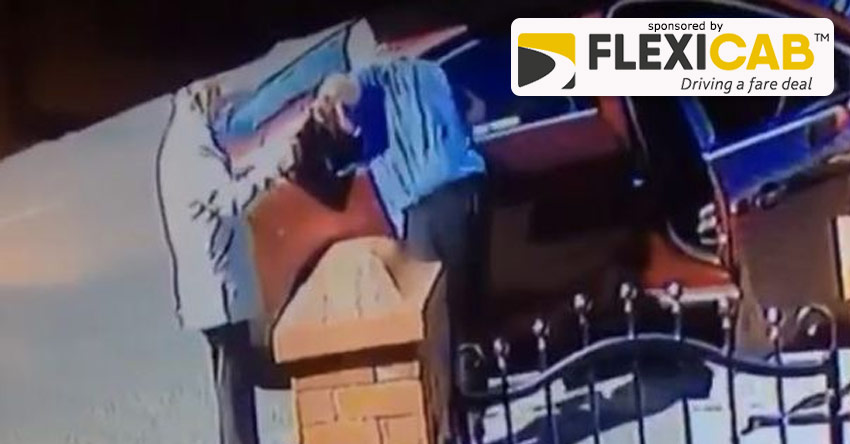 An investigation is underway after a Blackpool pensioner found her purse missing after being helped out of a taxi by the driver.

Mum-of-five, Alma Jeeves, was shopping in Bispham, Blackpool, on Monday (August 3) when she hailed a taxi at the rank in town to go home.

She claims that she arrived at her house and was a little surprised when the taxi driver asked her to get out on the road side, and that he would get her handbag for her.

The road was also busy, with fast-moving traffic.

Alma says she noticed the man zip up her handbag, and was confused, until she got in her house to discover her purse open with the £190 from her pension missing.

Her son Gary urged her to call the police, and her neighbour caught the man red-handed on CCTV, rifling through her handbag.

Alma said: “I don’t want it to happen to anybody else, because it really shakes you up. When I opened my purse it was standing upright, not lying flat and it was open and empty.

“He had taken all my money. I shouted to my son, who lives with me, and he said to ring the police.

“I was so mithered and in a right state. When I sat down I couldn’t do anything, I was so shocked.”

Daughter Kim Jeeves posted about the theft online, which led to the man who owned the taxi getting in touch, and reporting the driver to the police himself.

In a statement, Lancashire Constabular said: "We were called around 3pm on Monday (August 3) to reports of a theft in Blackpool.

"When she arrived home the driver helped her out of the vehicle, holding her handbag. The woman paid the driver who left the scene.

"The woman later found money missing from her purse.

"An investigation is underway and enquiries on-going."