ROBBER HELD UP A TAXI DRIVER AT KNIFEPOINT 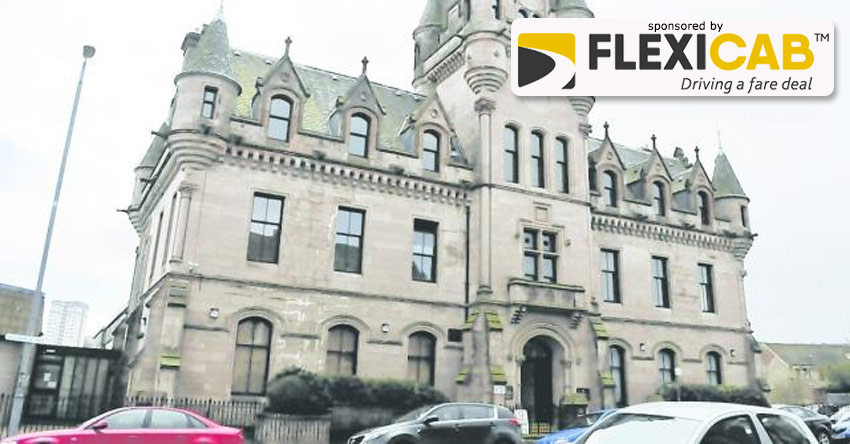 A SKULL-masked robber who held up a taxi driver at knifepoint in a premeditated 4am ambush has been sentenced to almost four years in jail.

Lee Gray had his lower face obscured with a skeleton jaw print design hoodie as he jabbed a six-inch kitchen blade against the 'traumatised' cabbie's torso during the terrifying incident.

Gray, 37 — who has seven previous convictions for serious violence and weapons offences — demanded the 52-year-old driver's cash box before fleeing with just £41.50.

He had been released early from a previous jail term and still had more than a year of it to run when he carried out the robbery on Grampian Road in April.

Greenock Sheriff Court heard how he summoned the taxi to an address separate to his own on the street because his house had already been 'blacklisted' by cab bosses.

Gray had also been charged with robbing a 70-year-old woman of her handbag and its contents at Marloch Avenue the previous day, however, his not guilty plea to this allegation was accepted by the Crown.

Prosecutor David Glancy said: "The driver parked up and first became aware of a male approaching the vehicle and trying to open the rear door behind the driver's seat.

"However, central locking had been deployed and the accused had to come to the front passenger door.

"As he got in he stated, 'This coronavirus is murder'.

"The driver acknowledged and asked him where he wanted to go.

"The accused produced a dark-handled kitchen knife with a six-inch blade and stated, 'I want your money box'.

"As he did so the tip of the knife was pressed into the driver's torso on the left side."

The court heard how Gray then leaned across the cabbie, still holding the blade against him, and grabbed the cash box from the door pocket.

He then fled and the driver drove a short distance before alerting the police.

An extensive search yielded a now empty cash box from ground directly behind Gray's house and the skull print hoodie was found during a search of the property.

Defence lawyer Marc Chambers said: "He formed a relationship with a young woman but there was a period when he relapsed into heroin use.

"This became the main focus of his life and desperation for money took hold.

"He is currently on methadone at a rate of 70ml per day."

"The victim, I am told, was traumatised by your actions.

"Taxi drivers at this time were operating as a vital part of the key worker network during lockdown.

"You are 37 and have an appalling record, with this being your eighth indictment matter."

Sheriff Hughes returned Gray to prison for the remaining 393 days of his previous sentence and imposed a further 1,001 days on him for the April 18 robbery, giving a total of 1,394 days — or around 3.8 years.