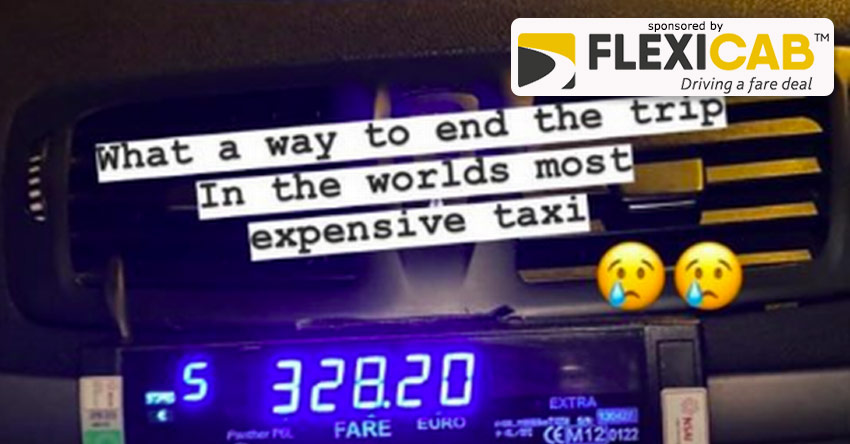 A man couldn't believe his eyes when his taxi fare from Dublin Airport to Belfast amounted to more than €300.

David James Kerr arrived in Dublin Airport on Wednesday night after a business trip to Italy.

He arrived into the airport around midnight and was unable to get an aircoach so had to get a taxi.

Mr Kerr jumped into the first taxi he saw at the rank and asked to go to Belfast but didn't realise the meter would come to €328.20.

The 35-year-old told the Irish Mirror : "I was shocked to be honest, I expected about half that.

"I had tried to book the aircoach but wasn't able to get a return and at that hour had to just jump in a taxi.

"I jumped into it and asked to go to Belfast and he obviously thought this was Christmas, the metre just took off.

"We did get rerouted because of roadworks and it took about two and a bit hours to get there, I'm in East Belfast.

"I had a discussion when I got there that I thought it was very expensive and he did bring it down to €270 for me. The bus return is only about 25 quid.

"But never again will I do that, a lot of people have said since you could get a three night trip away for that money."

While an expensive journey compared to a bus, Transport for Ireland's official fare calculator says a trip from Dublin Airport to Belfast would cost about this much.