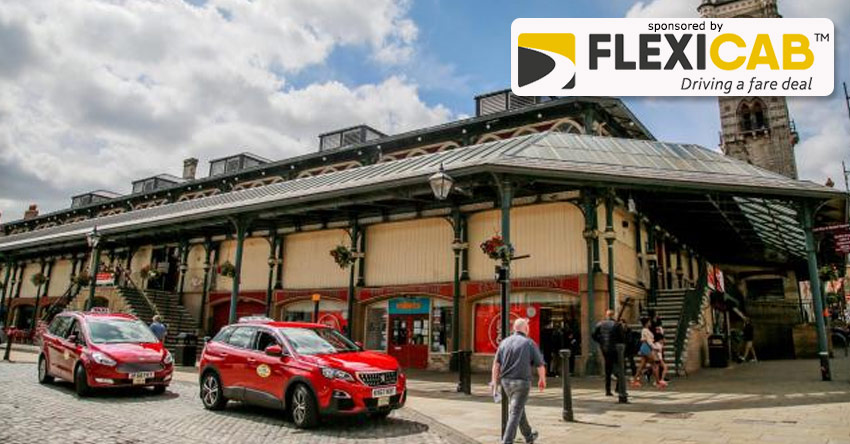 A DRIVE to ensure the safety of taxi passengers could see all licensed hackney carriages forced to sport the exact same shade of red as Royal Mail vans and many classic Ferrari cars.

The move to enforce hackney carriages to be pantone 485, which is part of a Darlington Borough Council review of its taxi policy, follows rising concerns over passenger safety and private hire vehicles, which are only permitted to pick up pre-booked fares, picking passengers up from the street.

While a meeting of the council’s licensing committee heard the authority had faced legal action from taxi drivers over what ‘red’ was, enforced colour schemes for taxis have proved controversial across the region.

In 2011, Durham City was reduced to gridlock for two hours as taxi drivers staged a go slow protest against controversial new rules for the trade, which included the imposition of an all-white colour scheme.

Applicants for vehicle licences are subject to a range of council policies including a requirement in Darlington that a hackney carriage must be red in colour and a private hire may be any colour but red.

The authority’s licensing manager Colin Dobson said the council worked with police in covert operations to tackle rogue taxi drivers flouting rules over picking up passengers and had recently taken one offender to court.

However, another legal action had seen the council taken to court after claiming a hackney carriage was not red, when the vehicle’s log book stated it was.

Mr Dobson said: “Although vehicles may be classed as red on the log books, if you look round Darlington you will see there are lots of shades of red. Some of them are very difficult to distinguish if they are burgundy, brown.”
The meeting was told leading taxi solicitor James Button had advised the council, which oversees 175 hackney carriages and 103 private hire vehicles, to specify a pantone colour in its taxi policy.

Mr Dobson said: “That’s the red that people believe is red, not some kind of burgundy or brown.”

However, as Darlington taxi drivers had argued that pantone 485 might not be produced in some of the vehicles that they would like, the council had suggested drivers could change to the shade by using plastic wrapping on their cars – a cheaper alternative to spraying.

Mr Dobson said the council was prepared for “an awful lot of representations” over its colour scheme and that it would only apply to new licensed vehicles, as under the current economic climate “asking them for aqdditional costs really wouldn’t be appropriate”.

Councillor Ian Haszeldine said the move was necessary to stop further litigation against the council. He added: “The number of makes and models they are, and the shades of red they are, at the moment are phenomenal.

Councillor Gerald Lee questioned why the updated taxi policy also included a rule stipulating that every horse must have a current passport. He said: “It’s so crazy in this day and age. Do you take a front photograph without a smile on its face or do you take a side elevation?”

Mr Dobson said the rule related to animal welfare regulations that came into force in 2018 and although the council did not have any horse-drawn hackney carriages, it had to prepare for every eventuality,

Councillors approved the policy for public consultation, ahead of the changes being launched in the new year.