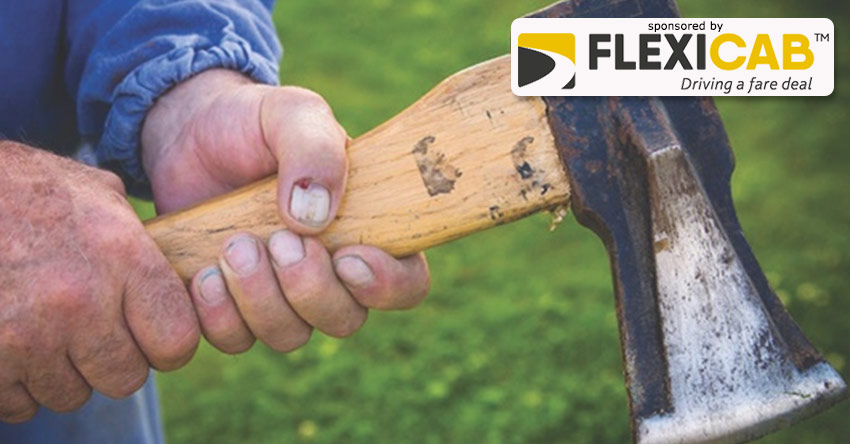 A man has been sent to jail for 12 months after he smashed up a PHV with an axe, writing it off and ruining the livelihood of his victim, driver Majid Hussain.

Ky Hay, 48, caused £2,000 damage to the Skoda Fabia on 22 May, in a revenge attack over fly-tipping Bradford Crown Court heard at his sentencing hearing on 27 July. Hay, from Bradford, had pleaded guilty at an earlier hearing to criminal damage and possession of the axe as a bladed article.

He was sentenced via a video link to Leeds Prison where he had been held in custody since his arrest on the morning of the offences.

Prosecutor Michael Smith said that Mr Hussain and other neighbours were woken by the sound of banging and smashing glass. He saw Hay, who he recognised because they were involved in a dispute over fly-tipping, attacking his PHV then leaving the scene carrying something.

The Skoda’s windows had been smashed and the bodywork dented. The police arrived and Hay admitted using an axe to smash up the vehicle but blamed the way he had been treated by Mr Hussain and the police in a dispute over fly-tipping.

He accused the police of sweeping his complaints under the carpet and told officers: “It’s a good job no one came out of the house because I would have chopped them into pieces.”

Mr Hussain subsequently had to scrap his vehicle because he had third party insurance which did not cover the cost of the repairs.

In mitigation for Hay it was stated that here had been a catalogue of events leading up to the offences and that Hay had suffered the effects of fly-tipping in his local area. He was also on medication to maintain his mental health and suffered anxiety and a sense of grievance.

Judge Jonathan Rose said: “The court is aware of the problem of fly-tipping in Bradford. These matters are very regularly reported in the local Press.”

But Mr Hussain had been asleep in bed when his car was smashed up and  Hay had shown no remorse for his actions.

The judge added: “People who act in revenge with an axe must expect prison sentences.”

He made a five-year restraining order to protect Mr Hussain from Hay in the future.