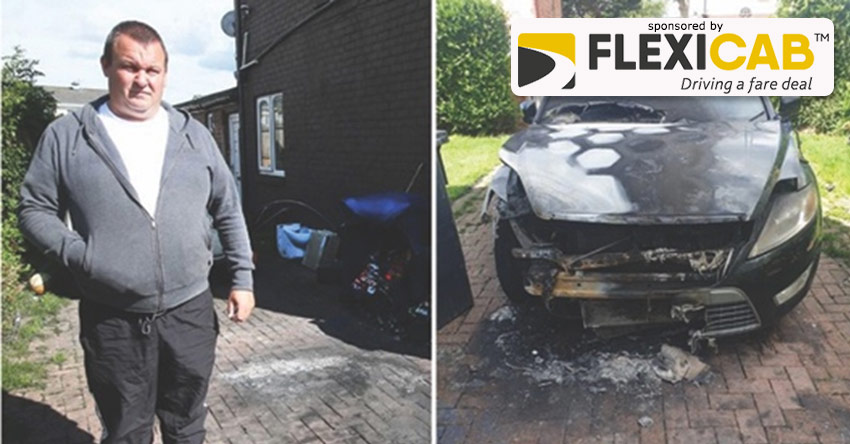 Graeme Weedy is a private hire driver and like many members of our trade has been off work since the Covid-19 outbreak. His car was maliciously torched a week before he was due to go back to work.

Mr Weedy, 47, has been living on Universal Credit in the meantime and had been intending to start driving again “once the pubs settled down”. But he is now facing unemployment again after a suspected arson attack which took place on his own driveway in Jarrow

In the early hours of Sunday 5 July, Graeme looked out of his window to see two men had set fire to his car which he used as a taxi. The blaze then spread to his three bins, which caught alight and melted. The car has now been written off.

But Graeme said the outcome could have been much worse. “The bins were against my downstairs window and if me and my wife were asleep it would have been a different story as I believe my house would have caught alight,” he said.

He added: “I heard voices outside but at first I thought it was my son coming home from a friend’s house.

“But then I heard three big bangs and I heard my daughter getting up in the next bedroom and heard her shout.

“I looked out of the window and saw two lads on the drive. The car was on fire and it was about two inches away from the bins, which also caught alight.”

Graeme said that when he shouted to the males they ran off towards an industrial estate.

The incident means that for now, self-employed Graeme, who is also recovering from a heart attack in April, will have to continue living off Universal Credit.