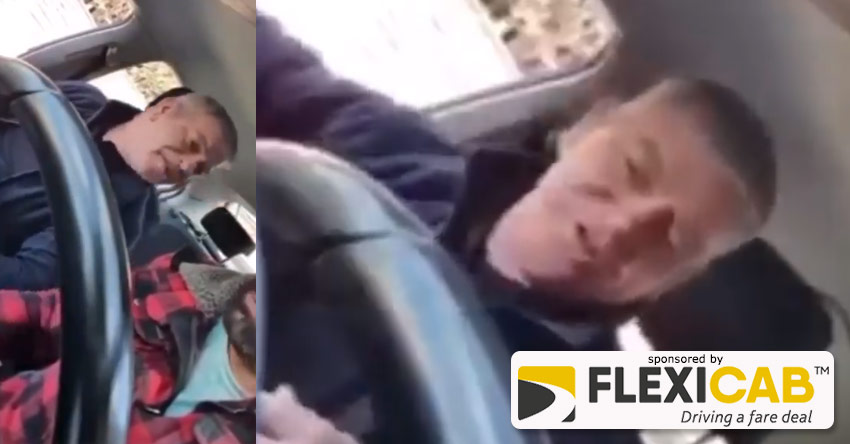 A 53-year-old man has been arrested after a private hire driver was subjected to vile racist abuse in the West Midlands.

Police this evening said officers have arrested a man on suspicion of a racially aggravated public order offence.

He was detained in Erdington, Birmingham, this afternoon.

A West Midlands Police spokesman said: "The victim is being spoken to by officers and the investigation continues."

Father-of-four Mr Mustafa, aged 39, was driving his customer back home in Birmingham on May 15 when the incident happened.

He remained calm throughout and warned the man he was being recorded from his dashcam.

“He promised to stop doing it, then as soon as we got going again, after about 50 metres he started up again,” said the taxi driver, who began recording at the end of the journey.

He said: “I have a heart and emotions and it does hurt.

“The words do hurt us.

“But I chose the profession and I have to face these challenges – if I chose to be in the Army I would face battles, and this is the same.”

Mr Mustafa, who lives in Erdington and is licensed by Wolverhampton Council, hopes footage of the incident will prompt councils to fit CCTV in taxis, to protect drivers and passengers, and show the public what drivers have to put up with.

“On all other public transport, like trams, buses and trains, there are cameras, so why can’t we have CCTV in cabs?” he said.

The association has awarded him its Ambassador's Award following the incident.

Mr Saleem, from Dudley, told the Express & Star: "I think the way he handled it was amazing. It shows what a true professional he is.

"As soon as he got in the front, he began abusing the driver. The driver thought shall I kick him out but he felt intimidated and didn't want the aggravation.

"He got him home after receiving abuse from this gentleman all the way. At the end he put the camera on."

Mr Mustafa is a member of the WMPHDA which advises drivers to report these types of incidents.

In the last few weeks Mr Mustafa has shuttled vital Covid-19 samples for the University Hospitals Birmingham NHS Foundation Trust during the pandemic, before being subject to the passenger’s abuse.

Mr Saleem added: "This is something our drivers experience on a daily basis. This is the sad thing about it.

"Drivers accept it as normal. We encourage our drivers to report it to police. The reason it has only happened now is because it has gone viral and I encouraged him to report it."