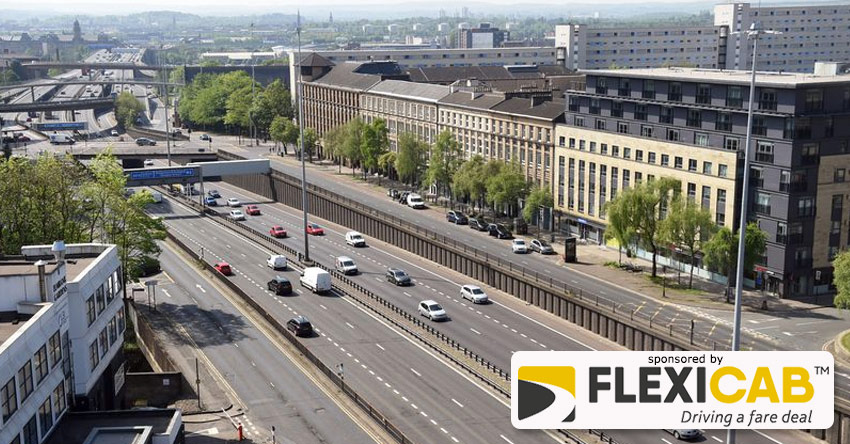 Glasgow City Council have been accused of 'dragging their feet' over plans to introduce protective screens for private hire cars.

United Private Hire Drivers (UPHD) have said that the council is one of only two local authorities who have to decided not to allow drivers to install the screens in their vehicle.

Unlike black Hackney-style cars, private hire vehicles don't any have protection from or for their customers

As well as transporting members of the public, some companies have contracts with NHS Greater Glasgow and Clyde to take patients and medication to and from the hospital.

United Private Hire Drivers, which represents drivers all over Scotland, has said that three drivers have died of Covid-19 in Glasgow since the outbreak began.

A member of staff at the company, who own Glasgow Private Hire and Renfrewshire Cabs, told Glasgow Live that drivers are picking up hospital patients but not being told whether they are positive for the virus.

The worker who asked to remain anonymous, said: "Our company has a contract with NHS Greater Glasgow and Clyde to provide managed transport services to the organisation - this includes patient and staff transport as well as other courier services for samples, medicine, equipment and more.

"The management team originally indicated that when NHSGGC staff contact our Control Room staff to book a taxi for a patient who has tested positive for COVID-19, that we should not inform the driver.

"Our staff did not follow this instruction and thus informed the driver sent for the hire. This was later backtracked by one of our managers after the fact and that we would not be transferring any customer with a confirmed positive case of coronavirus."

Drivers have said that maintaining a two-metre distance in a car is virtually impossible.

Alfie Wellcoat, Vice Chair Glasgow UPHD, said: "Drivers are having to chose between staying at home and losing money to protect themselves and their family, or go to work and put their lives at risk.

"We've been discussing installing the protective screens with all local authorities but so far, Glasgow City Council have been dragging their feet."

All private hire drivers require permission from the city's licencing board to make any modification to their cars.

Glasgow City Council are currently seeking further guidance on whether the screens prevent the spread of the virus and if they pose a safety issue for passengers, if the car is to crash.

"At this stage no-one can confirm whether such screens do restrict the spread of the virus and we have other concerns about the safety implications of such temporary modifications to vehicles.

"We have written to the Scottish Government to seek clarification on how private hire vehicles can operate safely during the covid-19 outbreak. The matter has also been raised by Solar, the body that represents all licensing authorities in Scotland."