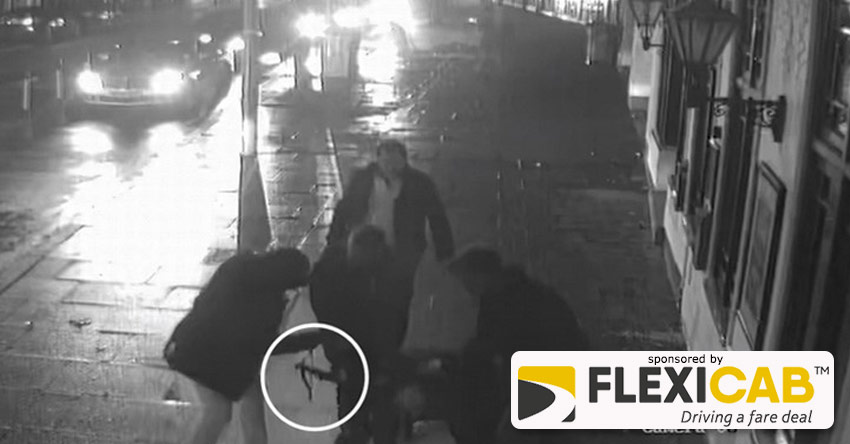 A 32-year-old man has been jailed for attacking a taxi with a paintball gun and attempting to fire a crossbow at the passengers inside because it got in his way.

Thomas King, from Nottingham, was driving his BMW past the Alea Casino in Upper Parliament Streeton November 24 last year when he got stuck behind a taxi which had pulled over to pick four customers up.

According to the Nottingham post, a group of friends had flagged the taxi down following a night out and King became agitated at the fact he could not get around the vehicle.

He was then seen pulling out a paintball gun, aiming it out the driver's side window from which he then fired numerous shots at the taxi and a man waiting to get inside.

In response, the four men who flagged the taxi down kicked his car, further angering King who swore at them, fired off more shots and sped away from the scene.

The four men had entered the taxi, but just as they were about to go home King's BMW reappeared. He was seen driving diagonally across the road, ploughing into bollards in his way, before parking his BMW in front of the taxi to prevent its escape.

King left the vehicle with a crossbow in his hand, smashed the window of the taxi with the weapon, aimed at the four men inside and said: "I'm going to kill you".

Fortunately, the weapon malfunctioned and his several attempts to fire it at the men failed.

The four men, who now feared for their lives, wrestled King to the ground where they eventually managed to snatch the crossbow from him.

King managed to get free, got back in his car and drove at speed through the city centre to escape.

Nottinghamshire Police said he left his blood-stained jacket at the scene and this forensic evidence eventually led to his arrest on December 12 last year.

Detective constable Laura Price, who led the investigation, said: "This was a terrifying incident for those involved and thankfully no one was injured that night. The victims feared for their lives. If the crossbow had not failed, it could have been a completely different story.

“We take all reports involving weapons extremely seriously, and our officers were quickly on the scene in this case. Detectives worked around the clock working on this case since that night and we are pleased with today's result. We hope it gives those involved some closure that he is now behind bars."

King was jailed for 28 months after pleading guilty to threats to kill, possession of an offensive weapon, affray, criminal damage, dangerous driving and driving while disqualified.

He was sentenced at Nottingham Crown Court on Monday, June 1.