TAXI BOXED IN BY POLICE IN MAJOR INCIDENT 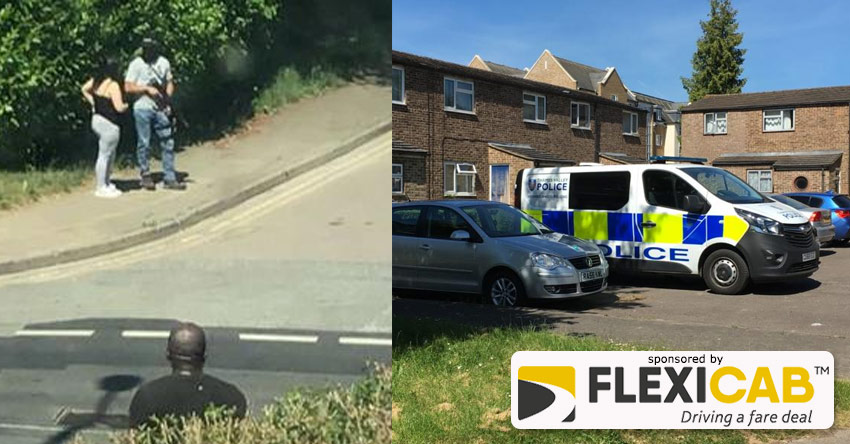 RESIDENTS at the scene of a major police incident yesterday have spoken about what they saw and heard.

Saunders Road in Cowley was blocked off by police for most of the day and one resident said a relative was shouted at by police when they stepped outside for a cigarette.

They said: “My kids were playing in the garden and all we heard was really loud shouting, it was like people were fighting.

“The kids ran in the house and I could see a taxi being boxed in.

“The taxi driver had come from the top of the road and police boxed him in, they had tasers and guns and were shouting for him to get down.

“They dragged him out the car and arrested him, he was quite young, maybe in his 30s – he was just smiling.

“I heard some residents asking the officers if they had found a firearm.

“Police then took the taxi after they took him.”

The resident also added that in the early hours of Monday morning at about 3am, a BMW X5 with a ‘big torch’ on the roof, a riot vehicle and another police car were in the area.

“My partner saw the light shining through the house and then the light went off and they drove up to the top of the road,” they said.

“There used to be a lot of trouble round here but nothing like this.”