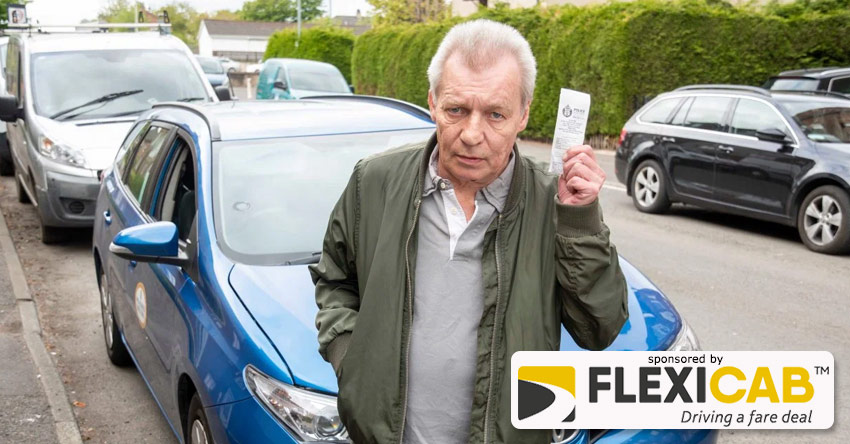 A FUMING taxi driver has blasted cops after he was fined for sitting outside a health centre - as he waited to pick up a vulnerable OAP.

Stephen McFadyen, 59, said he waited on zig zags outside Bridgeton Health Centre in Glasgow as the frail pensioner was struggling to walk to his motor.

But the dad-of-two was left fuming when cops pulled him over as he drove away seconds later and fined him £100 and gave him three penalty points.

Stephen, who works for Network Taxis, said: “I was stunned. I just said ‘are you kidding me on?’

“I was genuinely parking outside to help the old guy - not cut corners. He could barely walk.

“My passenger thought it was ‘ridiculous’. He thought I was doing him a favour. He was struggling.

“The only work I’ve really been doing is picking up people from hospitals and health centre. And this is how we’re repaid for doing a little bit of good.”

The incident happened just after 3.30pm on Thursday as he picked up the OAP in his Toyota Auris.

He said a parking bay outside the centre was full, so he waited on zig zags next to a zebra crossing with his hazards on for around five minutes as the man slowly came down the stairs.

But they were pulled over shortly after he drove off from the centre, where the man was believed to be seeing a doctor.

After the incident, he drove the customer a short five minute drive back to his nearby home.

He said: “I said to the police ‘give me a break’. I asked ‘what do you want me to do - just park miles away from the guy?’

“But they said they still committed an offence. They breathalysed me, which I thought was OTT.

“I thought it was ridiculous. I was just trying to help someone.

“I was trying to get as near as I was to the old guy. That was genuinely the only reason I was there. It really stinks, especially at this time.”