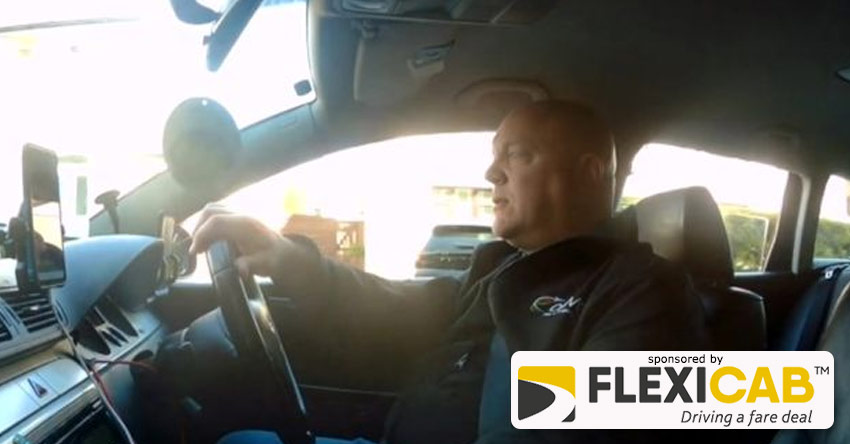 With streets across the UK quiet in a bid to stem the outbreak, some taxi drivers have said they are "desperate" without business.

However, those still working have among the highest death rates involving Covid-19 of any occupation in the UK, according to official figures.

"It's a worry for every driver that's working," said taxi driver Paul O'Hara.

Mr O'Hara, secretary of Cardiff taxi co-operative Drive, said he was concerned every time a customer got in his cab.

"The slightest sniffle or sneeze, it makes you jump," he said.

"There's no protection between the customer and the driver. We don't have many London-style black cabs that have the full protection, so it's a worry picking people up."

Mr O'Hara wants to install a specially designed screen in his cab, separating him from his customer.

However, drivers require permission from the city's council, which licenses taxis, to make any modification.

Cardiff council said it was following Welsh Government guidelines and was working with firms to agree a specification for screens that would not affect safety systems, such as air bags.

A spokesperson said: "A number of installations have been brought to our attention and the licensing department is working with these companies to help ensure driver and passenger safety."

"When retrospectively fitting anything into a vehicle, it is essential that it is done safely and it doesn't compromise the integrity of the structure of the vehicle."

Uber drivers and passengers in most countries - but not the UK - will have to wear face masks from next week as the ride-hailing firm toughens its coronavirus policy.

Uber, however, will fit perspex partition screens between drivers and passengers across its 4,000 vehicles next week.

According to Public Health Wales figures, more than 1,100 people in Wales have died with the virus - including taxi drivers Ghulam Abbass, from Newport, and Bob Harries, of Cardiff.

"[Bob] was a character and he'll be sorely missed by everyone in the trade," said Mr O'Hara.

"It just hammers home the fact that it's just so dangerous out here."

The health risks are even greater for drivers from ethnic minority backgrounds.

Abdul Hie, chair of the Unite union's Cardiff cab section, said the majority of drivers from the city's black, Asian and ethnic minority communities were staying home to protect themselves and their families.

"There are so many unknowns. It's so important we get to the root cause of why this is happening," he said.

A Wirral company that is producing custom-made plastic screens to be fitted inside cabs said it had been inundated with requests.

"The bizarre thing for me is that we are still seeing drivers with no protection whatsoever," said Shaun Marnell, of Car'n'Cab Care.

"We've had calls from Conwy, Gwynedd, Denbighshire, Swansea and Cardiff. We've all got family at home we need to protect."

But many drivers are feeling the pressure to continue to work.

The RMT union which represents many transport workers said 80,000 taxi drivers in the UK were in danger of becoming destitute because of the lockdown.

Generally self-employed, drivers may be able to claim 80% of their earnings under UK government measures - but will not receive that money until June.

Mr O'Hara said drivers were "struggling to make ends meet and put food on the table", having lost about 80% of their work.

He added: "It's a case of needs must. But also, NHS workers, carers, support workers, they all need to get to work and feel a taxi is the safest way."

As the vast majority of taxis in Wales do not currently have protective screens, there would be significant costs involved in widespread installation.

A Welsh Government spokeswoman said: "We are in discussion with the Welsh Local Government Association and other partners about this and we intend to issue guidance to assist taxi and private hire operators."