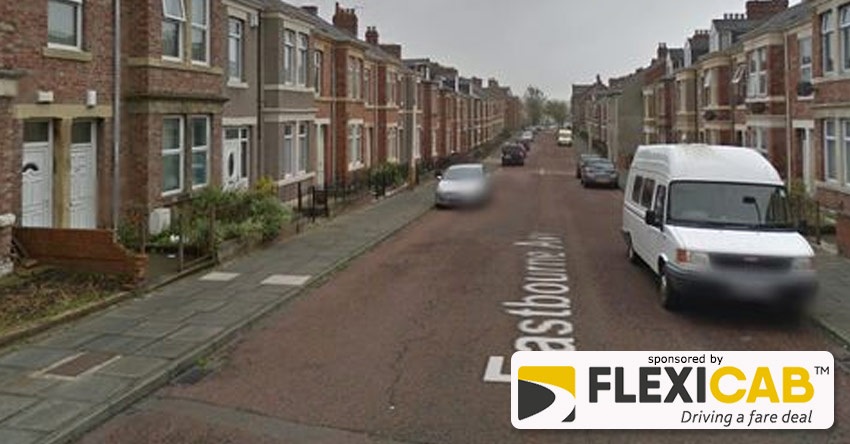 Four people have been arrested after a taxi driver was robbed of his takings with a hammer in Gateshead.

The "frightening" incident unfolded in the early hours of Tuesday on Eastbourne Avenue, in Bensham, the driver, who works for Dean Taxis, was targeted.

The driver, who was not injured, told police that two passengers had threatened him with a hammer before fleeing with a "large amount" of cash.

Chief Inspector Alan Pitchford. said: “This must have been a frightening incident for the driver of the taxi and I hope the four arrests give him some reassurance."

The incident was reported at 1.55am and police found two suspects on Coatsworth Road matching the description of the offenders.

They were searched and one of the men was found in possession of money believed to have been taken in the robbery.

The two men, aged 46 and 37, were arrested on suspicion of robbery and remain in police custody at this time.

Further searches were also conducted at an address on Eastbourne Avenue, where the robbery occurred, where police found clothing matching those worn by the suspects.

A 38-year-old man and 34-year-old woman who were inside the address have also since been arrested and remain in police custody.

One resident said: "It was madness.

"It looked like his driver side window had been smashed, and the police were everywhere. - blue lights, the lot.

"Fair play, they didn't mess around and the response was just what you'd want to see if this happened to you.

"They had the dogs out and everything. I'm just glad that the driver is alright, as nobody deserves that when they go to work."

Chief Inspector Pitchford praised the rapid response of his officers.

“It was an excellent response by officers in the area and that enabled them to quickly locate two men who matched the description of the thieves," he added.

“But the officers did not stop there and their searches of a nearby property has also enabled us to secure some evidence that could be vital to our investigation.

“A large amount of cash has also been recovered and we will continue to work hard to ensure anyone we believe to be responsible is charged to appear in court.

All four suspects remain in police custody at this time but any witnesses to the incident are encouraged to contact police.

Anyone with information they believe can assist the investigation is asked to report it online at the Northumbria Police website quoting log 70 12/05/20.