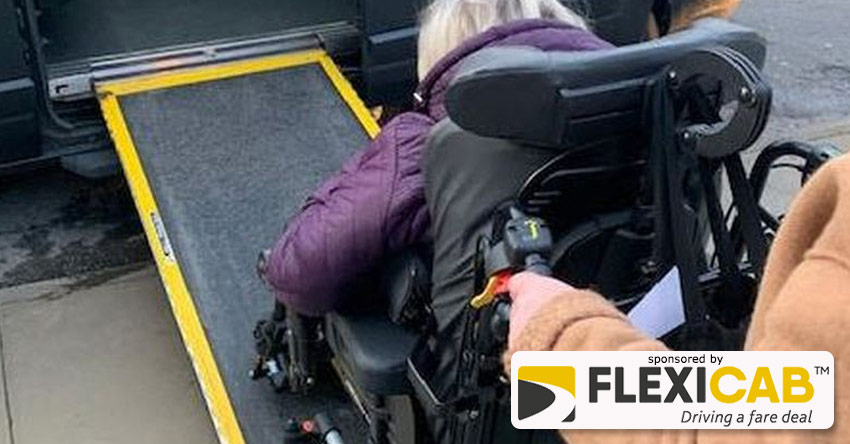 A taxi driver was given a parking fine while he was using a ramp to assist a disabled woman into his cab.

Darren Redshaw, a Salford -based Hackney cab driver, was picking up two elderly women from outside the Bridgewater Hall on Sunday.

The women, who both have mobility problems, were attending the Big Band Broadway show at the concert hall alongside two carers from their nursing home.

One woman required a wheelchair, while the other struggled to walk unaided.

Darren was booked to pick the group at 5pm and pulled into a lay-by on Lower Mosley Street outside the venue a few minutes before the show was due to end.

He got out of the cab to pull out a ramp onto the kerb and assisted the woman in the wheelchair into the vehicle.

But as Darren was helping her he said a traffic warden appeared at the window.

The traffic warden reportedly told him he was not allowed to stop there and slapped a parking fine on his windscreen.

Darren, 55, is now planning to appeal the parking fine.

He told the M.E.N: "I went to a nursing home in Walkden and took one lady in a wheelchair, another lady who couldn't walk, and two carers.

"I dropped them off at the Bridgewater Hall at 3pm and came to collect them just before the show finished at 5pm.

"We have to go kerb side to pull a ramp out onto the pavement. I came up and took the wheelchair lady into the taxi.

"There is a lay-by right outside the front door where coaches pull into. I pulled the ramp out, I stood at the door.

"A warden was at the window shouting at me. The traffic warden said 'You can't stop here'.

"I said 'What do you mean? I have been doing this for 25 years, I am just picking up I am not parking'.

"He got his computer out and put a ticket on my windscreen. I didn't want to argue with him."

Darren added: "The woman in the wheelchair was upset.

"I have never had anything like this happen in my life."

"I was not stopping I was just loading. The lady in the wheelchair is 70 plus, the other lady is 60 plus. The two carers were in their 50s too."

A spokesman for Manchester City Council said: "An appeals process is in place for anybody who feels that they have been given a parking ticket in error and we encourage people to use this, so that we can formally review the circumstances in which it was issued."

According to the Bridgewater Hall website the lay-by is a designated wheelchair drop-off point, but drivers are not allowed to park there even if they hold a blue badge.

A statement on the information section of the website said: "A wheelchair drop-off point is located on Lower Mosley Street outside the Hall. We must stress, however, that this is not a parking space, even for blue badge holders."