UNSAFE TAXIS OFF THE ROAD AS POLICE ISSUE CSE ADVICE 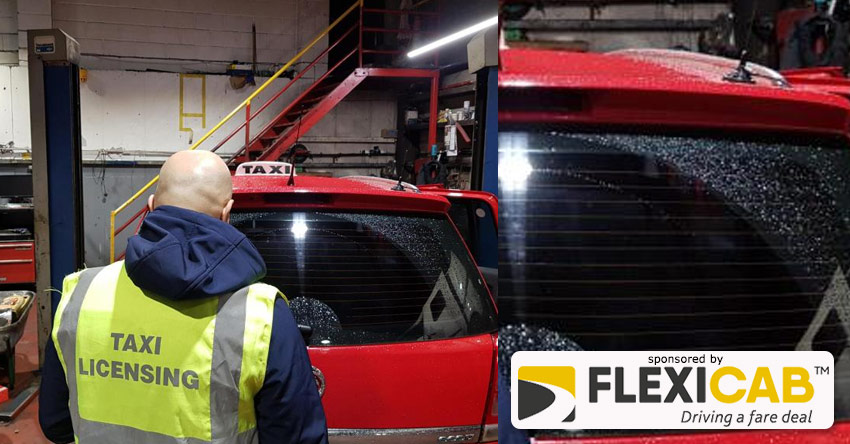 TAXI drivers were reminded of their responsibility in spotting the signs of and reporting child sexual and criminal exploitation as police and council licensing staff cracked down on unsafe vehicles in the borough.

Pendle Borough Council taxi licensing staff and the Pendle police taskforce led the operation, which saw 12 of the 18 vehicles checked taken off the road.

They were joined by neighbourhood policing teams officers, police specials and officers from the Engage Team, who spearheaded the sixth part of the Operation Latimer into proactively tackling child exploitation.

Sgt Sheralyn Melton, from the Engage Team, said: “The operation has been a massive success. Working with partner agencies we have been able to speak to and educate taxi drivers about CSE and their roles in spotting the signs and reporting it.

“Taxi drivers are in a unique position where they see all sorts of behaviour - whether suspicious or otherwise - and they need to know what to look out for and have the confidence to then report it to the police. By the very nature of their role they can often be used to transport both perpetrators and victims.

“We’ve been able to speak to taxi drivers while their vehicles were being checked, put scenarios to them and ensure they are aware of their responsibility in helping to prevent child sexual exploitation.”

No arrests were made as a result of the operation.

But with more than half of vehicles tested on Friday failing Pendle’s taxi tests, which are the equivalent of taking an MOT, licensing chiefs have vowed to sit down with trade representatives to see what more can be done to improve vehicle standards. Hackney cab and private hire vehicles failed the test, with reasons cited including defective tyres and issues with brake or fog lights.

Jackie Allen, Pendle Council licensing manager, said: “It has been good working with the co-operation of the police.

"But the result has been disappointing with so many failing their taxi test. We will be sitting down with the trade to see how can get them to take more care with their cars.”

Ms Allen said the authority was looking to introduce a maintenance checklist for drivers.