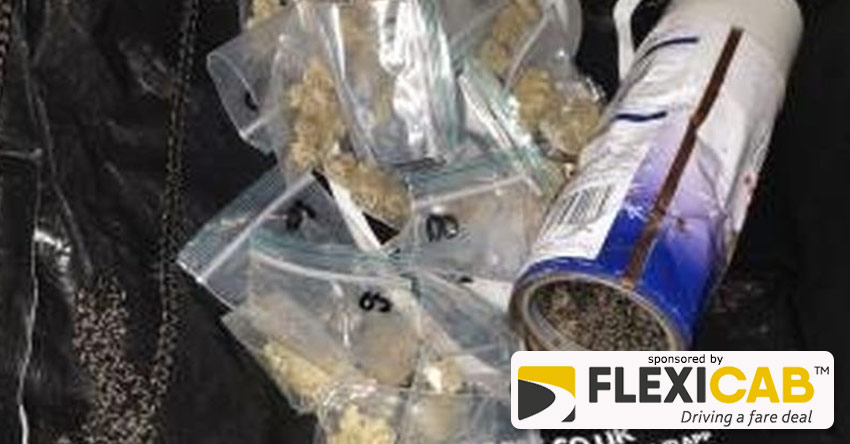 Cocaine was hidden inside a can of Lynx Africa and cannabis stuffed within a can of de-icer by two suspected drug dealers.

Police officers on patrol made the innovative discovery when they stopped a taxi on Tuesday evening in St Helens.

Tests will be carried out on the substances to confirm their authenticity.

Also in the cab was a quantity of cash and a number of mobile phones.

The driver, a 38-year old man, from Newton-Le-Willows, was arrested on suspicion of possession with intent to supply drugs and drug driving.

His passenger, 25, from Haydock, was also arrested on suspicion of possession with intent to supply drugs.

Both men were taken to custody for questioning and St Helens Council was contacted about the driver's taxi licence.

Superintendent Tami Garvey-Jones said: “Taxi drivers have a duty of care to those they are driving around the region and being under the influence of drugs heavily effects their judgement and driving ability and puts passengers and other road users in huge danger.

“If you know someone taking drugs, supplying them or carrying them, then let us know.

"This shouldn’t be tolerated by anyone, whether in St Helens or elsewhere."

The arrests were part of Merseyside Police's Operation Target which aims to tackle serious and violent crime.

As well as gun and knife crime, it also focuses on serious assaults, armed robberies and murder investigations.

Violence near and inside pubs, bars and nightclubs, County Lines criminality and drug use is also examined