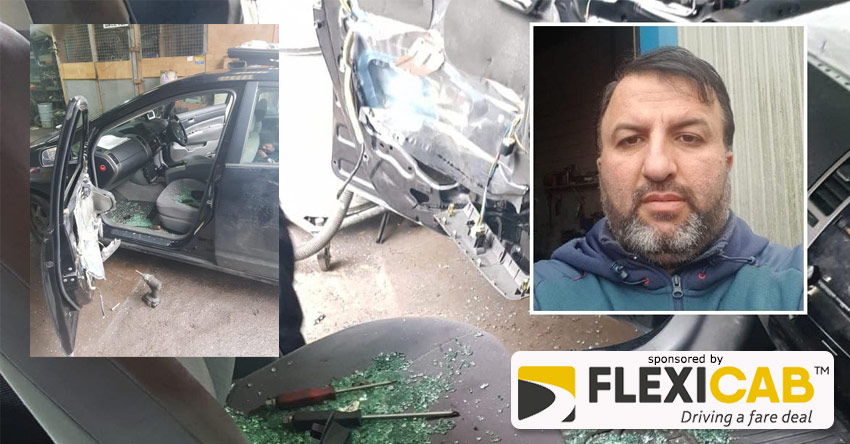 A Private Hire Driver was left with a smashed window after a group of hooded thugs hurled bricks and stones at his car.

Etisham Ahmed was returning from picking up passengers in Breightmet at around 8pm on Sunday evening when the vehicle was bombarded by the vandals.

He was driving along Bury Road towards Little Lever and had just passed Long Lane when he spotted the four attackers.

One of the larger bricks crashed through his passenger-side window and hit the 35-year-old on the hand.

"I had a job from Bury Road and I picked up my passengers there in the evening," Mr Ahmed told The Bolton News.

"As I was coming back down the road there was a group of teenagers - four of them. They were throwing stones and bricks at my car.

"One of the bricks went through the window and smashed it and then hit my hand.

"I was so upset. I was confused and scared and they threw about three or four stones at me. I didn't know what to do." Mr Ahmed, who was been driving for nearly 20 years said this was the second time he has endured such an incident in the last six months.

He described the attackers as white teenagers wearing black hoodies.

The damage meant he had to leave his passengers to get a separate cab and then take his own car to be repaired.

The attack has been reported to the police but Yasif Khan, secretary of Bolton Private Hire Association, says these incidents are happening more often in the town, especially in the darker months of the year.

“There’s a definite problem, it’s a national problem but it’s happening more and more in Bolton, especially in last few months,” he said.

“I had a problem about three years ago when I was driving and somebody must have thrown a big stone ­— it was terrifying. My passengers were screaming.

“It didn’t break anything but it could have done. All these people do is laugh and run away but they don’t realise how serious is could be.”

Mr Khan said the Private Hire Association was working with police and Bolton Council to combat the vandalism issue.

Police are investigating the attack.