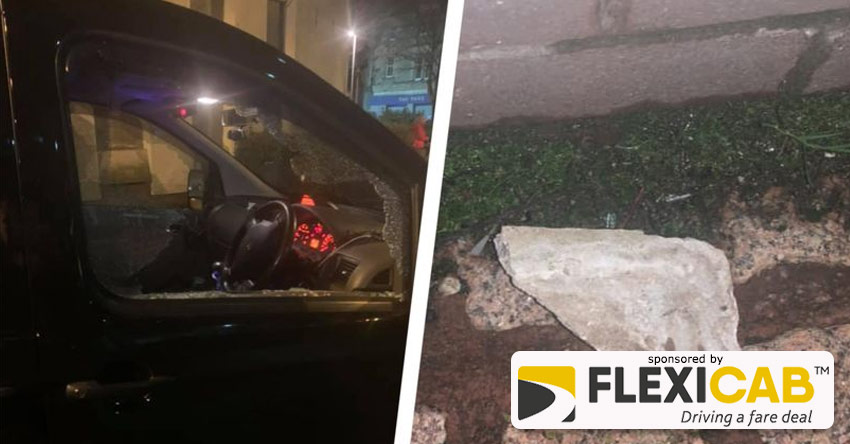 A brick was allegedly thrown through a taxi driver's window, narrowly missing his head, as he waited at a taxi rank in Midlothian.

Swift Taxis said one of their drivers was targeted as he waited in Dalkeith on Saturday night.

They shared pictures of the damage to his car, with both the driver side and passenger's front windows smashed. A stone can be seen lying on the pavement.

An 18-year-old man has been arrested and charged in connection with the incident.

The Newtongrange-based taxi firm said: "If anyone has any information on the idiot who put a brick through one of Swift Taxis windows just missing the driver's head last night, while he sat on Dalkeith rank, smashing both driver and passenger window as brick was thrown with some force.

"Let us or Dalkeith police station know please, police are hoping to look at cctv but this can take a while."

Police Scotland said: "Police received report of vandalism to a taxi on Lothian Street in Dalkeith around 10.30pm on Saturday, 1 February, 2020.

"An 18-year-old man has been charged in connection with the incident and appeared at Edinburgh Sheriff Court on Monday, 3 February, 2020."