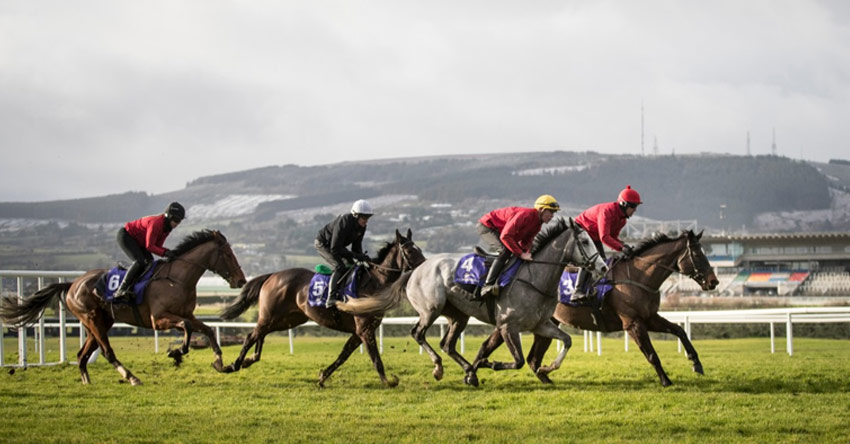 Well it is next month from March 10 but now is the time to lay down our ante-post bets for the singularly most pleasurable four days of national hunt racing in the world. And this year the bookmakers are all trying to take your money ASAP with mouth-watering prices and across most of the championship races, that superb concession NON RUNNER NO BET. And this is three to four weeks earlier for them than in previous years, but across the board there is now NRNB in the Champion Hurdle, Champion Chase, the Stayers Hurdle, the Ryanair and the Cheltenham Gold Cup. So let’s take advantage in the knowledge that if our selection doesn’t end up at Cheltenham, due to injury or being declared for another race, we are safe in the knowedge that we get our money back.

And so to the Gold Cup which this year has a very open feel about it. Traditionally it is very difficult for second season chasers to hit the heights of the more established stars but in lostintranslation, Colin Tizzard has a superstar on his hands. And Tizzard knows all about training a horse to win the Cheltenham Gold Cup as it was only two years a go that Native River broke the heart of Might Bite up the Cheltenham hill. And let’s not also forget that Cue Card would have probably won a £1,000,000 bonus for connections when being brought down in the previous year. The profile of LOSTINTRANSLATION is not too disimilar in that he also took the BetFair Chase at Haydock in his stride when dishing out a jumping lesson in the Haydock mud and it was the manner of his dominance that immediately plummeted him to 9/2 favourite for the March Blue Riband. His copybook was blotted when failing to fire in the King George on Boxing Day but tests later established his blood count was all wrong and now off the easy list he is a confident selection for the Gold Cup at a whopping 7/1 (Nevis is bookmaker parlance for 7/1). Sure the opposition will contain the best from Ireland and more pertinently Messrs Mullins and Elliott but with so many questions over the Irish stars this year I have no doubt that Lostintranslation can become the stellar horse for the next few years.

By the by the reference to the Minions and the colours of Tizzard superstar is no accident – the owner’s young son tragically passed and the Minions was his favourite character.

But one swallow doesn’t make a summer, so let us look at the other championship races.

In an open year with so many questions over the likely participants, it is no wonder that bookmakers are tempting us with their prices. Admittedly NRNB means anybody fancying the novices of Envoi Allen or Honeysuckle can back them safely, however I feel they won’t be running and it is just dead money. Nicky Henderson invariably has fancied horses in the Champion Hurdle and he runs the favourite Epatante, current price 11/4. I can see no reason for this price on the back of one piece of form and I would look to SHARJAH to win for the powerful combination of Ricci and Mullins. He is still relatively unexposed around Cheltenham having been brought down in last year’s Champion Hurdle and at 10/1 is fine value.

The premier two-mile chase can also go to the Ricci Mullins combo with CHACUN POUR SOI at odds of 6/1. Until turned over at very prohibitive odds over Christmas, connections were bullish about their new superstar and I can’t help keep thinking back to the exeptionally glowing comments made about this horse by the owner at the Punchestown Festival last May. With doubts over Altior (will he run? Is he still the horse he was?) and in my mind Defi Du Sueil still having an awful lot to prove at grade one level, I think Chacun is the worthy and most likely winner. Get on now!

Paisley Park looks bomb-proof but represents no value at even money. Similarly a lot of the horses at the top of the betting have questions over their participation, ability and quality. But one that has most of the boxes ticked is IF THE CAP FITS at a each-way steal of 7/1.

With so many doubts over which engagement various horses go to, betting in the Ryanair is fraught with danger. But again with NRNB, we can go for a punt. Ideally the 2.5 mile distance is a speciality distance and one which few horses excel at. One I believe can excel if he lines up is LALOR at a whopping 25/1. Definitely worth a nibble.

Away from Cheltenham and away from March let’s look at bets in February.

The Champions League returns with the round of 16 during this month and now it gets down to the nitty gritty. I always like to have an accumulator on the eight ties and my choices to qualify are…

As to the Champions League itself, as I have said on numerous occasions over the autumn, it really doesn’t get underway until mid-February and looking at the prices prior to the round of 16 I still think that PSG at 7/1 represents value despite their european self-destruct button. Readers should take note of January’s issue with my views on Spurs.

Finally, after the PDC World Darts at the Ally Pally in

Decemer the premier league returns in early February and I think a small interest should be tak-en on the bad man of darts GERWYN PRICE for both regular season winner at 15/2 and GrandFinal winner at 6/1.

The field looks particularly weak this year and I think it’s between Mighty Mike and the Iceman for top honours.