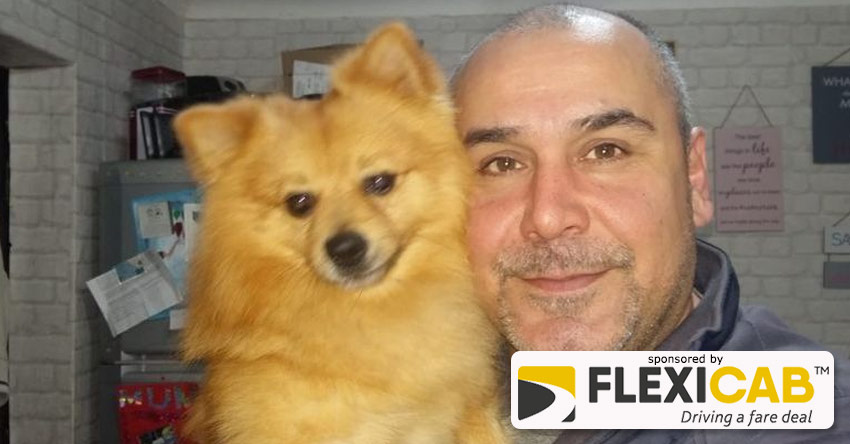 A taxi driver clung onto his customer in the wind and rain for 15 minutes to stop her throwing herself into a freezing river after a night out.

Ali Asik, 45, had dropped the woman off at a hotel at 2am on Thursday morning, where she'd told him she was staying with a friend.

But the cabbie, from east Hull, became concerned when, instead of walking towards the main entrance of the Country Park Inn, the young woman headed towards an alleyway.

Mr Asik said he'd collected her from Propaganda, a night club in the city centre, and that she'd been a customer of his before, reports Hull Live .

After dropping her off at the Country Park Inn, underneath the Humber Bridge in Cliff Road, Hessle, he began reversing away when he noticed the woman walking towards an alleyway by the side of the building, instead of the reception.

He decided to make sure the woman was alright and followed her, catching up to her as she rounded a wooden fence and walked onto a concrete platform at the water's edge.

Mr Asik said: "I had left the car in the middle of the road and I just ran and grabbed her."

"She was pushing me away and telling me to leave her alone, that she didn't want to be here anymore.

"Then she fell to her knees, crying and crying."

Having left his own phone in the car, Ali took the woman's and desperately tried to get in touch with her family.

He eventually had to call 999, clinging to the woman in the freezing wind and rain for 15 minutes until police officers arrived.

Mr Asik said he has since been contacted by both the police and the woman's family to thank him for his actions that night, saying he has been told the woman is now receiving professional help.

But he said he wanted to share his experience with other taxi drivers in the hope that more lives could potentially be saved.

He said: "I'm no hero. I just want every driver to take care of their passengers. Just watch them, look out for their body language.”

He said he had noticed that the woman had tears in her eyes during the journey and asked her what was wrong.

She said she had been struggling with illness in the family and the death of a close family member.

When he had told her the Country Park Inn would be closed at that time, asking why she wanted to go there, he had accepted her explanation that she was staying with a friend.

But he said her behaviour during the journey and after he had dropped her off had made him realise something was wrong.

"She was really down," he said. "But I would never have thought she might commit suicide .

"If I had left her there and the next morning seen that a young woman had been found down there I would have had to live with that for the rest of my life.

"Nowadays you get lots of young people that have these problems and you never know who might be struggling.

"As drivers you need to make sure they get in the house safe. Look at their body language, check up on them. It might take a couple of minutes from the business, but it could make all the difference."