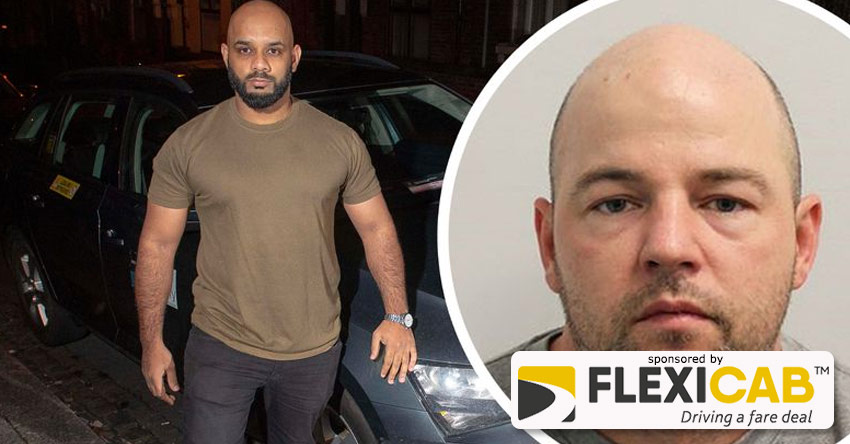 A hero Stoke-on-Trent cabbie has told of the horrifying moment he realised his passenger was an on-the-run serial rapist - before driving him straight to the police.

Brave Iftab Hussain had just started a six-hour shift near his home when he got the call to pick up Joseph McCann who was wanted for a fortnight-long sex attack rampage on 11 strangers across the country.

The 31-year-old drove to the Rising Sun pub in nearby Scholar Green just after 8pm and collected the fugitive.

After getting an alert Iftab deliberately took a wrong turn on to the A34 before ignoring McCann's threats to keep driving when he reached a police roadblock.

Despite Iftab's quick-thinking McCann managed to give police the slip as he fled across fields.

Hours later McCann was finally arrested after being found hiding up a tree - and he is now serving 33 life sentences for his despicable crimes.

Dad-of-three Iftab, who works for Kidsgrove Taxis, admitted he was immediately suspicious of McCann.

He said: "It was odd because I was told that the customer had not given a destination when he ordered the taxi. That's unusual.

"I pulled up outside the pub and he got in. He seemed a little drunk and was carrying a glass. I said 'look, no drinks in the car'.

"He kept asking 'why not' and then said he would finish it quickly. He said he had been drinking all night and had no idea where he was.

"I asked him where he wanted to go and he kept saying 'I'm not sure, I'm not sure, let me get an address, just keep driving'.

"He got out a piece of paper and showed me an address on it. It was for Manchester. I was already suspicious about his behaviour."

McCann had just been involved in a high-speed police chase and crashed his car on a roundabout in Congleton.

He fled on foot and kept to the nearby canal before calling Kidsgrove Taxis to pick him up as police issued an urgent appeal.

Married Iftab said: "After I picked him up I got an alert on my PDA from the office to say that a wanted man was in this area and that there were roadblocks on the nearby A34.

"I looked in my rear view mirror and realised that he was in my cab.

"I took the PDA and hid it so he couldn't see that the alert had come through. He kept saying 'go on the M6, head to the M6'.

"Thank God he didn't realise what I'd done. If I'd taken him on the M6 he would have got away and it would have been down to me.

"I knew there would be a roadblock and that the police would stop me.

"We even passed the spot where he crashed his car and he said: 'I wonder what happened here'.

"I thought anything could happen here. He had a glass in his hand and if need be he could have taken me hostage.

"I put it to the back of my mind and came up to a roadblock on the A34. The police officer looked at me and McCann said: "Don't stop, whatever you do, don't stop'.

"He was kicking the back of my chair.

"I pulled over and brought the car to a quick stop. The police officer jumped in and demanded to see his tattoos.

"He kept saying 'It's not me, it's not me'. He got out of the car and as one of the officers turned he threw the glass down and ran through a hedge.

"Minutes later there were about 50 police officers in the area and two helicopters overhead.

"They threw up a cordon and closed the road off. I stayed there with the police officer in the dead of night as they continued to search.

"It was terrifying. But eventually they found him hiding up a tree."

Iftab brushed off descriptions of him as a hero -saying: "His victims, those who stood up in court to bring hom to justice, are the real heroes."

"I just did the right thing - that's all. If I hadn't done what I did he would have continued doing what he was doing.

"I couldn't live with that - so I did what I could. I knew I was in danger but if he'd got away he could have killed."

McCann was found guilty of 37 offences at the Old Bailey last Friday before being sentenced on Monday.

His victims were aged between 11 and 71 and included three women who were abducted off the street at knifepoint and repeatedly raped.

Mr Justice Edis said McCann, who must serve a minimum of 30 years, was 'a threat to children' and 'a paedophile'.

Iftab today blasted the sentence, adding: "How is that justice? In 30 years, he will get a second chance at life. What of his victims? He should spend the rest of his natural life behind bars."