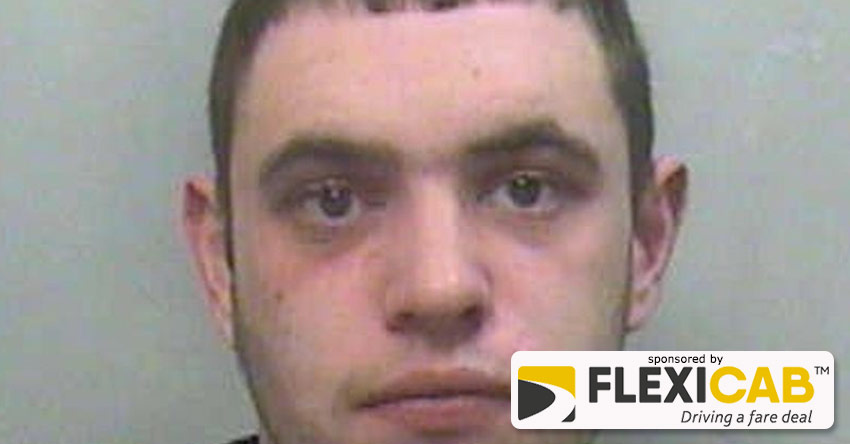 A thug who robbed a taxi driver at knifepoint is set to face a lengthy prison sentence.

Christian James Niven, of Bacup, robbed Kenyons driver Parvez Akhtar of his red Skoda Octavia on February 2 and also threatened him with a knife, a court heard.

The 28-year-old was joined in the incident by a teenager from Rossendale, who cannot be named for legal reasons.

The taxi was later destroyed in an arson attack, Burnley Crown Court heard.

Niven, of Sandfield Road, and the youth both pleaded guilty to robbery and arson.

Niven also pleaded guilty to threatening Mr Akhtar with a knife on Bury Road in Rossendale.

Keith Harrison, defending Niven, told the court: “So far as my client is concerned the robbery is captured on film. Any activity with the knife is not.

“He submits to the Crown’s assessment of the facts.

“It’s a joint defence case that someone else set fire to the car but this was a joint enterprise to destroy evidence.”

Hugh Barton, defending the youth, said: “My client gets into the vehicle after the violence has taken place. He has pleaded guilty on a joint enterprise basis.

“The co-defendant is older than him. It’s clear he plays a lesser role.”

Judge Sara Dodd adjourned sentence to May 7 and remanded Niven into custody.

She also ordered the probation service to carry out a dangerousness assessment.

She said: “Given the antecedent history of Mr Niven the court will be assisted by a pre-sentence report and a risk assessment.”

The youth was granted conditional bail but warned to expect a custodial sentence.

Judge Dodd said: “The offence to which you have pleaded guilty to are very serious offences and almost inevitably a custodial sentence will follow.

“Between now and May 7 you may have your bail on the same terms. It is no indication though of the sentence that will follow.”

LancsLive reported in January how Niven pleaded guilty to taking his girlfriend’s car on New Year’s Eve before crashing it into a parked Audi A3.