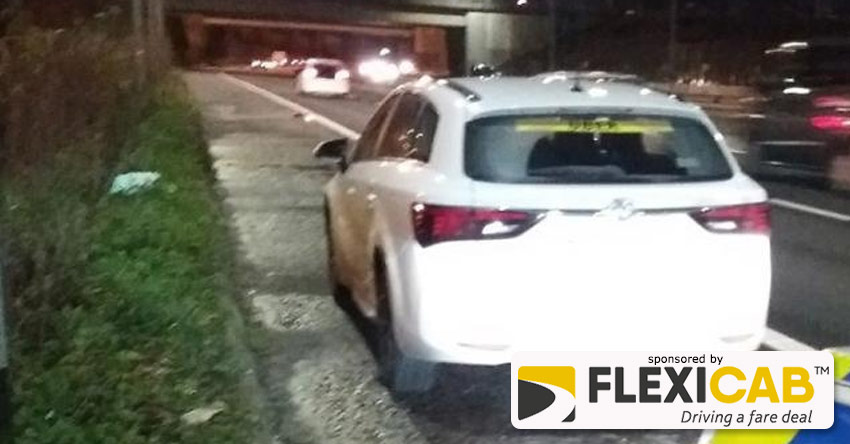 The NW Motorway Police said the driver had stopped on the eastbound M56 airport spur while watching 'pornographic material' on a mobile phone.

The Uber driver has been reported to Manchester Taxi Licensing for offences including not wearing an ID badge.

A Traffic Offence Report was also issued to the driver which will mean a £100 fine and three penalty points.

Can you pull over on the hard shoulder?

According to Highways England, more than 100 people are killed or injured on hard shoulders every year – so it should only be used as a last resort.

An RAC spokesman added: "If you need to stop your vehicle on the motorway, leave the motorway as soon as possible and find a safe place to do so away from the highway, whether this is at a motorway junction or a service station.

"Drivers should only stop on the hard shoulder in an emergency — including a mechanical breakdown or a medical emergency — or if told to do so by the police."

Any other reason will see you incur a £100 fine and three penalty points.

What if it's an emergency?

If you need to stop on the hard shoulder, park to the far left of the road, put on your hazard lights and sidelights to warn other drivers that your car is stationary, and get out of the car using the left-hand doors before waiting behind the barrier.

Emergencies do not include:

If you need to do any of these you should stop at a motorway service station.