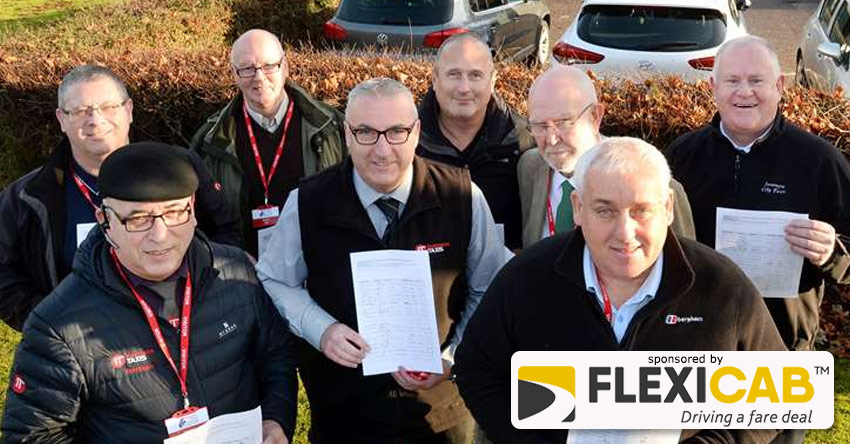 One of Inverness’s taxi companies was pitted against all the others over a proposed increase in taxi fares at a heated debate earlier today.

And members of Highland Council’s licensing committee have recommended prices stay as they are ahead of a public consultation.

The committee heard arguments from both sides before choosing the status quo, with the only suggested change to charges being a rise from £100 for soiling a taxi to £120.

Prior to the meeting, representatives of various organisations including City Taxis, Inverness Taxis and Capital Taxis with a petition from drivers calling on the council not to increase charges.

Standing against them was Sneckie Taxis manager Raymond Munro who called for an increase in the taxi fares.

Les Steven from Inverness Taxis said there was broad agreement across the region and across firms that a hike in prices would be bad for business.

City Taxis’ Nigel Nicholson said: “There is one company that thinks an increase of 20-plus per cent should be considered by the council. That is ridiculous. If any retailer put up prices like that people would say we are not going to use them again.”

Mr Munro argued that by comparison Highland taxis were under-charging and that a rise in fares would help to maintain quality of service and drivers' pay.

"The amounts we seek to increase are not unreasonable at all when we look at comparisons elsewhere in the trade," he said.

“It would be outrageous in any other walk of life, if someone suggested that council employees are paid 27-40 per cent less for the same job here as their Moray counterparts.”

Inverness Taxi Alliance chairman Andrew MacDonald said: “Any business can only survive what the market will bare and the market for taxis has fallen away dramatically because the slice of the cake available to the independent operator has narrowed so much.

“The council's first responsibility is to the public, not the trade.”

The public consultation will start either this month or in January.